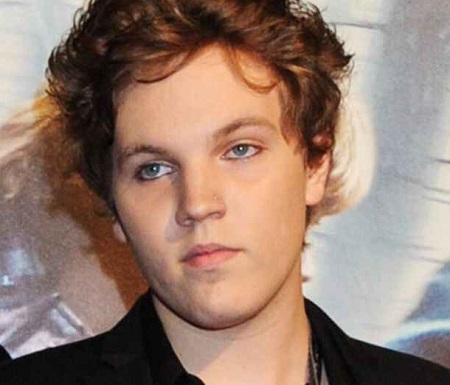 Benjamin Keough came to media attention due to his family members. American socialite and actor, Keough was best known to be the grandson of late legendary musician Elvis Presley and his wife, Priscilla Presley. Also, he was famous for being the single son of Lisa Marie Presley and her first husband, Danny Keough. But, he performed as himself in the documentary Rod & Barry (2017) and Elvis by the Presleys (2005).

Who was Benjamin Keough Dating?

Until his death, Benjamin was dating his long term girlfriend, whose name is Diana Pinto, now 27 years old. She used to work as a post-production coordinator at Fox.

The broken pair Keough and Pinto started dating each other since at least September 2017. For the first time, Diana posted the picture with her love of life and two other friends on her Instagram wall in Sep. 22, 2017. Thus, they had enjoyed their blissful love relationship for nearly four years.

Recently on the 19th of July, Pinto has shared a heart-touching tribute to her late boyfriend on Instagram Sunday with their pictures following his death. She captioned: " To the most beautiful boy I have ever seen. You make everyone around you light up the second you step into the room. You touch every single soul around you".

She also added that Keough made her the luckiest girl in the world, to have him, to hold him. He is her whole world and her whole life, he lives with her now every day in her heart, in her soul and in her mind. She went on to call her Benjamin "travel partner" and "best friend."

Keough continues saying: " Please give me the strength to keep going because I don’t know how I’m supposed to do this life without you. At last, she said that he will always be the love of her life,  her everything. She signed the message, "Love forever, Honu."

Yes, Benjamin Keough is no more with us. He passed away on July 12, 2020, in Calabasas, California, USA. He died of an apparent suicide at the age of just 27. But his memorial and burial information is unknown to the public.

While the reason for the suicide is not clear, his musician friend Brandon Howard, recently told PEOPLE that the pressure to live up to the reputation of the Presley family "completely" led to Benjamin's efforts. There is a lot of strain there. It's almost like you 're under strain to be an artist, to be an actor, he says.

Lisa rep, Roger Widynowski, claimed after his death that she was beyond being devastated and adoring that he was a love of her life.  He also added that she's heartbroken, inconsolable, and devastated beyond that, but she's staying strong for her 11-year-old twins and her oldest daughter Riley, he said.

Net Worth and Earnings of Benjamin Keough

Benjamin Keough had received a decent amount through his career of working in the TV Industry. As an actor, he had worked in Rod & Barry (2017) and Elvis by the Presleys (2005). Thus, he had an estimated net worth of $100 thousand during his death time.

While, his mother, Lisa Marie Presley has an estimated net worth of -$16 million as of July 2020. She has amassed her fortune through her music career and managing the world's oldest and oldest Elvis museum in the world named Graceland. Meanwhile, his grandmom, Priscilla Presley has a net value of $50 million.