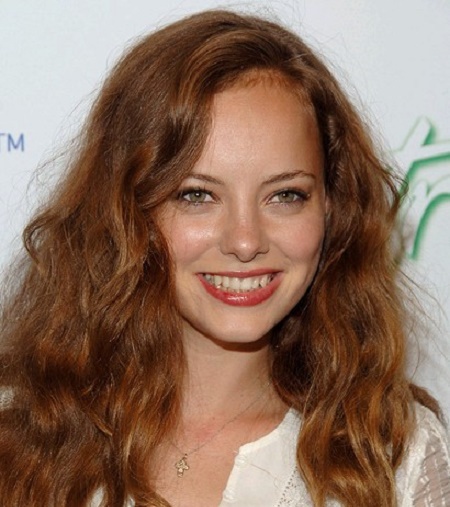 Bijou Phillips is an American actress, model, socialite, and singer who started her career as a model at the age of 13. As an actress, she is known for her works like Almost Famous (2000), Bully (2001), Havoc (2005), and The Bridge to Nowhere (2009). Besides her own career, she is also famous as the daughter of John Phillips, a member, and leader of the vocal group The Mamas & the Papas.

Bijou Lilly Phillips was born April 1, 1980, in Greenwich, Connecticut, to John and Geneviève Waite, a South African model, and actress. Likewise, she is the youngest siblings of one biological brother, Tamerlane and three half-siblings, Mackenzie, Jeffrey, Chynna.

40, Bijou first met her boyfriend, Danny Masterson, who is an actor and disc jockey in Las Vegas in 2005. The two were seated next to each other at a Celebrity Poker Tournament. But it wasn’t exactly love at first sight for both of them, the couple says.

The actress recalled saying that every guy was flirting with her at the table but Danny. He wasn’t laughing at her jokes. So she was like, ‘who is this Danny Masterson and what does he think he’s doing?". Then after they started dating publicly in 2005.

Within a year, Phillips and Masterson announced their engagement in March 2009. And four years later, the lovebirds walked down the wedding aisle on October 18, 2011, at a private castle in Ireland. For their big day, the bride donned in a Zac Posen gown while the groom wore an Albert Hammond Jr.'s dress.

From their union, the duo who both are Scientologists has one daughter Fianna Francis Masterson. She was born on February 14, 2014.

Yes, it is very true. The actor who played Jameson "Rooster" Bennett in The Ranch (2016–2018) has been allegedly charged to rape three women.

His lawyer Tom Mesereau said TMZ: “Mr. Masterson is innocent, and we’re confident that he will be exonerated when all the evidence finally comes to light and witnesses have the opportunity to testify".

Meanwhile, the actress Leah Remini reacts proudly to Danny's rape charges news saying "finally, victims are being heard when it comes to Scientology!."

As of June 2020, Bijou Phillips has an astonishing net worth of $20 million. And this is the combined worth with her partner, Danny Masterson since 2011. Phillips made her fortune from her various singles in music, roles in television shows, and hits movies. While Danny made this amount from his works as an actor, disc jockey, and businessman.

Similarly, Bijou, in her early days, the 1.68 m tall became the models to grace the cover of Interview Magazine and Italian Vogue. She's appeared in fashion magazines like Playboy, Misbehave, Stuff, and Nylon. She has featured in several Calvin Klein commercials.