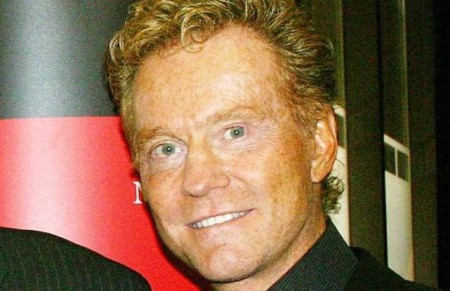 Who is Bill Comrie?

People often come into the limelight for their contributions to the society whether be music, movies, arts, or social work. But, there are people who become popular for their brands and business. And today we are going to talk about Bill Comrie, a famous Canadian businessperson.

Bill is widely known as the founder of The Brick, one of the largest volume retailers of furniture, mattresses, appliances, and home electronics in Canada. Throughout his business career, Comrie has amassed a huge net worth and lives an extravagant lifestyle.

He played hockey with the Moose Jaw Canucks, and later Edmonton Oil Kings, but retired from hockey to enter into the family furniture business following the death of his father, Herb.

Bill is to date is famous as the founder of The Brick Ltd where his brothers John and Fred were also co-founders. The Brick is a Canadian retailer of furniture, mattresses, appliances, and home electronics. On November 12, 2012, The Brock's competitor, Leon acquired the company for $700 million.

Similarly, in the spring of 2015 Comrie became a minority owner of the professional baseball team, Chicago Cubs.

Bill was first married to Theresa Comrie until her death in 1990 following her long battle with cancer. The couple married in 1971 and they shared three children; Paul, Mike, and their older sister Cathy Robinson. Additionally, Bill's children are hockey players. Do you know his son Mike was married to popular actress, Hilary Duff?

After the death of his first wife, Bill married for the second time to Roxanne Huisman. The pair married in 1994 and as of 2019 they have been married for 25 years. They have two children named Eric and Ty Comrie.

How much is the exact net worth of the Canadian businessman, Bill Comrie? As per reports, Bill has a net worth of $500 million as of 2019. Back in 2009, his estimated personal net worth was $415 million.

Today The Brick's $1.5 billion revenue makes it the second largest furniture company in the world. Bill Comrie sold The Bricks to its competitor Leons for $700 million in 2012 but the two chains were kept separate.

Bill is the founder of The Brick, one of the Canada's largest volume retailer of the mattresses, electronics, and furniture. There is no doubt that he has amassed a huge net worth throughout his career. Also, Bill has several properties and business ventures which surely adds up to his giant net worth.

However, the details about his house's value is not known.

Among his many accolades and awards, Bill is an inductee in the British Columbia Sports hall of Fame. He has an honorary of doctorate in laws degree from the University of Alberta. Likewise, Comrie was named Ernst & Young's Canadian Entrepreneur of the Year in 2004.

Similarly, he has a Lifetime Achievement Award from The Retail Council of Canada. Also, he is an Officer of the Order of Canada, which is the highest civilian honor bestowed on a Canadian Citizen.