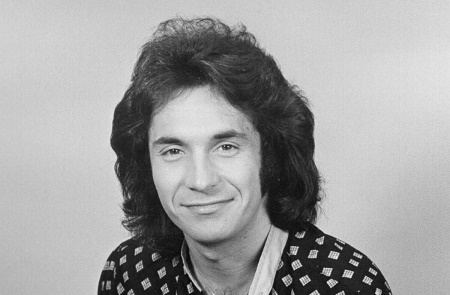 Bill Hudson is an American musician and actor who is best known for being the vocalist of the band The Hudson Brothers. The band was formed in 1965 with his two younger brothers, Brett Hudson and Mark Hudson. Their hit singles include So You Are a Star (1974), Rendezvous (1975), Lonely School Year(1975), and Help Wanted (1976).

William Louis  Hudson Jr. was born on October 17, 1949, in Portland, Oregon. He is the eldest son of three to the parents of William Louis Hudson and Eleanor. He holds American citizenship and is of Italian American ethnicity.

His First Wife is Goldie Hawn

Throughout his life, Hudson has been married two times. And actress, and producer, Goldie Jeanne Hawn who was born on November 21, 1945, is known as the first wife of Bill.

William, 70, and Hawn, 57, who first met on a first-class flight from New York to L.A were married on July 3, 1976. Their marriage took place in Takoma Park, Maryland in the presence of family members.

From their union, the couple welcomed two children, one son, and one daughter. Bill and Goldie's firstborn child is Oliver Hudson who was born on September 7, 1976, and daughter Kate Hudson is the youngest one who was April 19, 1979.

But, unfortunately, the couple who were in a marital relationship for four years filed for divorce on August 15, 1980. And two years later, their divorce was finalized in March 1982. After the divorce, Bill's kids Kate and Oliver were raised by Goldie and her husband, Kurt Russell, the ex-husband of Season Hubley.

After getting a divorce from Hawn, he went to marry an American actress, Cynthia Jane Williams. She is popular for her character as Shirley Feeney on ABC TV show, Laverne & Shirley between 1976 to 1982.

They tied the knot in 1982 in the private function. From their matrimony, they have two children Emily Hudson (born 1982) and a son, Zachary Hudson (born 1986). However, Hudson and Williams, 72, ended their marriage in divorce in 2000 after 8 years.

How Much is Bill Hudson's Total Net Worth?

Working in the entertainment industry since 1965, Bill Hudson has accumulated a huge amount of money. He has a net worth of $5 million as of June 2020. His most fortunes acquire from his musical career as a lead vocalist in The Hudson Brothers band, and from his various roles as an actor in films and TV series.

Meanwhile, his daughter, Kate Hudson, 42, holds an impressive net value of $80 Million. She has earned that wealth throughout her acting and film producing gigs. On the other hand, his first wife, Goldie Hawn also has amassed $90 million worth. Whereas his second partner, Kate has $10 million assets, now.

If you're interested in reading more articles related to American Musicians, stay tuned to Married Celeb!!!