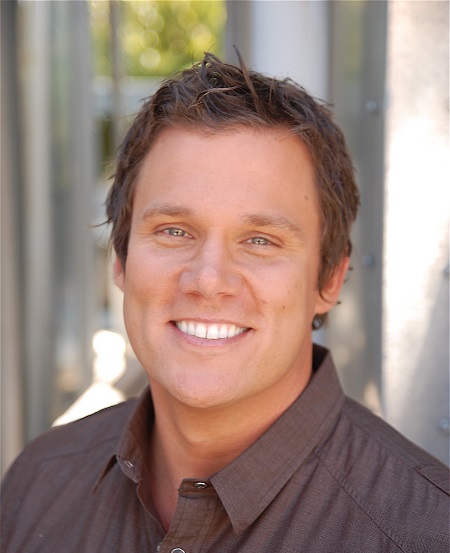 Bob Guiney is an American famous television personality and television host who is best known for being the contestant The Bachelorette in 1st season. Later, he made an appearance on American dating and relationship reality television series, The Bachelor, that debuted on March 25, 2002, on ABC.

He was born on May 8, 1971, in Riverview, Michigan, the United States as Robert Guiney. Born to the American parents, he holds American citizenship and is of white ethnicity. For his education, he studied at Riverview Community High School until 1983 and later graduated from Michigan State University in 1993. Also, he was a walk-on quarterback for the football team at Michigan State University.

The Bachelor’s Bob, forty-nine years old married his fiance, Jessica Canyon for the third time after dating for nearly four years. She is a musician. They first met in November 2012 through their mutual friend.

The lovebirds exchanged the wedding vows on Friday, November 11, 2016, in Punta Mita, Mexico among the 80 guests. The same day, Bob's dad was born. During their big day, the bride, Jessica wore a white figure-hugging gown complete with a high neckline and low by Atelier Pronovias.

While seven bridesmaids donned in mismatched black gowns from Revolve. The newlyweds went to Jamaica for their honeymoon. Before nuptials, they announced their engagement in October 2015. He stated that he's actually engaged now, saying he popped the question to Jessica over Labor Day weekend.

Bob and his current wife, Jessica announced that they were expecting their first child together on June 6, 2018. Finally, their son Grayson Robert Guiney was welcomed on December 3, 2018.

The son Grayson, now one and a half years old, arrived in Bellevue, Washington, at 2.10 a.m. And he weighed 8 lbs, 3 oz and was 21 inches long at the time of his birth.

His First and Second's Marriage Details

Before marrying Jessica, the Bachelor alum Bob has already tied the knot for two times. He married for the first time with his first wife, Jennifer Lantz. But not much known is about their marital life on the media.

Then he went to marry an All My Children actress Rebecca Budig, now 47 years. They tied the knot in July 2003 at his own apartment in Long Lake, Michigan. But after being together for seven years, they announced their separation on January 13, 2010.

The General Hospital's actress filed a divorce petition in April 2010 and their divorce was finalized on July 23, 2010, without requesting spousal support or any other financial support. Similarly, in the final season of The Bachelor, he chose Estella Gardinier, but they split soon after the show aired.

How Much Net Worth Does Bob Guiney Have?

As of early 2020,  Bob Guiney has an impressive net value of $1.5 million. He has accumulated his fortune throughout his professional career as a TV host and TV personality. Being the season four-star of The Bachelor, he has received the salary in the range of $7,000 to $15,000 per season.

Further, Guiney hosted the TV programs including TLC, HGTV, TODAY Show and CMT. In addition, he released the album 3 Sides in 2003 as the part of the Band from TV.His other career highlights include The View, Date My House, Showhouse Showdown, Cooking to Get Lucky, and The Oprah Winfrey Show.

Apart, he launched his own branch of a mortgage company, Allied Home Mortgage in 1999 with his childhood friend. He has published his first book, What a Difference a Year Makes: How Life's Unexpected Setbacks Can Lead to Unexpected Joy in 2003.