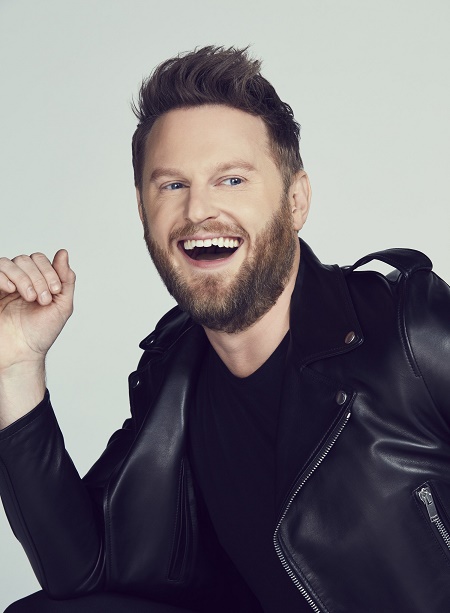 Bobby Berk is an American renowned interior designer and television personality who is better remembered for his own self-titled furniture and interior designing company, Bobby Berk Home. Also, he is known for starring as the interior design expert in the Netflix popular series Queer Eye from 2018–present.

Bobby James Berk was born on August 25, 1981, in Houston, Texas. Further, he was homeless who left the home when he was just 15 and started living in Springfield, Missouri. Then, he moved to New York City to pursue his designing dream in 2003. So far, he is an American citizen and belongs to the white ethnicity.

Nearly One Decade of Marital Relationship

The 1.83 m tall Berk who is openly gay is a happily married man. As of now, he has been living a healthy and strong conjual relationship with his long term partner, Dewey Do for nine years.  He is a maxillofacial surgeon.

The Fab Five member, Berk, and Do started dating in May 2004 when he moved to New York City in 2003. He claimed during a May 2019 interview with Forbes: "I went up there [to New York City] to visit a friend, and I met somebody".

Recently in 2019, they have celebrated their 16 year dating anniversary together.

After a long term of love romance, Bobby and Do tied the knot in June 2012. Through the Facebook post, in June 2018, the designer said that they said: " I do six years ago and were actually married by a very close friend of them who was ordained".

Berk also added that got hitched as soon as it was legal to get married and it was important to them. Then later in July 2018, Bobby and his partner Dewey then moved to downtown L.A. after living in New York City for nearly 15 years.

More interestingly, they are planning to have kids in the near future after 16 years together and nine years of marriage.

How much is Bobby Berk's worth?

Bobby Berk has a staggering $6 million net worth as of early June 2020. He has accumulated that fortune throughout his professional career as an interior designer and reality television personality. Similarly, Juliet Ashworth and Lisa LaPorta are also famous designers with the same worth.

Now, Berk stars on Queer Eye, a Netflix TV series that premiered in 2018. So as the show's cast of an interior design expert, he's getting a salary of around $120,000 a season. He has also featured in episodes of the Megyn Kelly Today, WGN Morning News TV Show, Loose Women, and The One Show.

Booby is also making a million dollars worth of cash throughout his own Bobby Berk Home online store which was launched in 2006. He also formed his own company Bobby Berk Interior + Design, an interior design firm. Thus he is making a handful of cash from his company's various paid sponsorship.

Currently, James Berk, 38, has a collection of his own at A.R.T. Furniture, presently available to buy.

Do visit marriedceleb for more interesting articles from your favorite designer!!!!