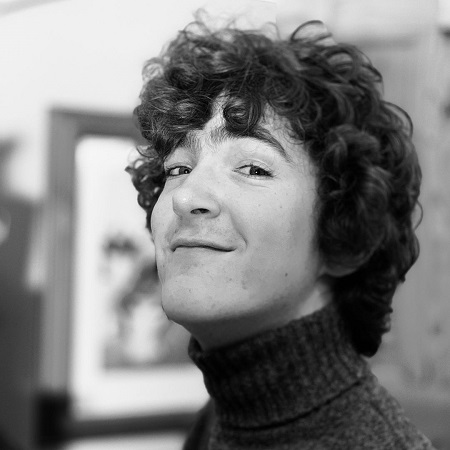 Have you ever watched HBO's American fantasy drama television series, Game of Thrones? Then Brenock O'Connor must be familiar to you who played the role of Olly from 2014 to 2016 in 17 episodes. He is an English actor and singer is currently playing the main role of Freddie Pemberton in television series, Living the Dream since 2017.

Brenock Grant O'Connor was born on April 9, 2000, in Worthing, United Kingdom. However, his parents' identity is unknown to the media. As per his citizenship, he is English and belongs to the white ethnicity. He studied at Chatsmore Catholic High School in Goring and The Theatre Workshop Stage School in Brighton.

Is British Actor, Brenock O'Connor In A Relationship Now?

Well, O'Connor who is just 20 years is yet to get married. At the current moment, he has not mentioned anything regarding his love life to the media. So there is no exact information whether he has a girlfriend or not right now.

In fact, his private kinds of stuff mostly remain private or away from the limelight. So far, there is no news that he has been linked romantically with any girls until now. Therefore, Brenock might keep his future relationships away from the public's views. For now, he leads a single life without any dating rumors.

Moreover, the 182 cm tall star is popular in social sites where he posts private hanging out photos along with his friends. But sadly his fans following can't take a glimpse into his personal life yet.

What is Brenock O'Connor's Net Worth?

Although Brenock O'Connor's exact net worth is still under review, it is assumed to be around $300 thousand as per online tabloids. His primary source of income is his successful career of working as an actor.

Similarly, the average salary of an actor in Britain is more than $60,000. O'Connor has been working as the actor for about 14 years so his wage is around $30,000. Likewise, his Game of Thrones' co-star, Robert Aramayo also making payroll in the same amount.

Brenock made his acting debut through TV series Holby City by playing the role of Angus Peters in 2012. Then after he acted in series Chickens that broadcast on Channel 4 in 2013. However, his breakthrough role came when he got a chance to play HBO series Game of Thrones as Olly in 2014.

He furthermore has performed in various television series like Dickensian (2015–2016), Casualty (2016), Living the Dream (2017–present), The Split (2018), Derry Girls(2019). His recent show is Alex Rider where he portrayed the main role of Tom Harris, alongside, Marli Siu, Otto Farrant, Vicky McClure, Ronke Adekoluejo, and others.

O'Connor has also featured on movies including Been So Long, Christopher Robin, and Ready Player One. Also, he has performed in theatre shows such as Romeo and Juliet, Noughts and Crosses, and The Winter's Tale.

Apart from acting, Brenock has a passion for playing guitar and singing. He's also uploaded cover songs on his youtube channel. He also started streaming original songs on his Instagram accounts and on many social networks.

The actor is shredding his guitar and showing off his voice in numerous videos. So, his singing voice helped him land Conor Lawlor's cast member in the musical adaptation of "Sing Street" based on John Carney's 2016 film in 2019.