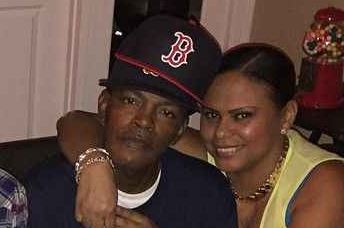 Brooke Payne suffered a heart attack! Yes, this information was revealed in the miniseries The New Edition Story in 2017. Payne is a music manager who made many artists famous with his swift management skill.

He is in a married relationship with his wife Amelia Payne for a long time now. The music manager received fame not just because of his management skills but also from his creative choreography. Want to know more about the genius behind The New Edition band?

Payne exchanged wedding vows with his wife Amelia Payne a long time ago. The music manager spills only a little information about his wife whereas a large part of their romantic love story remains hidden from the public.

Brooke travels a lot with his band and singers because of which he spends very little time with his family. Even though he is not around much his personal life is very stable. Amelia is an angel and Brooke couldn't thank God enough for being part of her life.

The 69-year-old frequently post his family pics on his Instagram telling the world how much they mean to him.

He is the proud father of three children!

The 69-year-old is at the age of becoming a great grandfather. And that is exactly what happened, in 2018, he posted the cheerful news on his social media about welcoming his grandchild.

Payne and his wife Amelia welcomed three children during their decades of marital life. Brooke stayed out because of his nature of work and  Amelia mostly raised the couple's two daughters and a son alone.

As of now, his children are all in a blissful married life but the family stays intact. The proud parents of three kids got the opportunity to welcome the offspring of their kids as well.

Payne stopped posting about his wife on Social media...

On May 5, 2013, Brooke shared the birthday wishes for his wife on his Insta but after that, there is radio silence on his wife. He stopped posting anything about his wife on his social media.

Is everything Ok? Well, there is no news about the couple being challenged in their relationship. So, we think everything is going well between them. Brooke might not have shared any activity with his wife on Social media to ensure a little privacy in their life.

He suffered a Heart Attack! Is he Alright?

According to the reports suggested by BET's three-night miniseries The New Edition Story, Payne suffered a heart attack after BBD's performance.

As per reports, Bobby Brown stormed the stage during the performance which caused a fight to break on the stage. After he caught up with the group, the discussion still did not stop and that escalated to shots being fired.

Just when one shot was fired, Brooke Payne suffered a heart attack and was rushed to the hospital in an emergency. Thankfully, he survived and is very fit at the moment.

Ralph Tresvant, Ricky Bell, and Michael Bivins formed the group which then caught an eye of Brooke Payne. After he started managing the group, they named them The New Edition and even added two more artists in the group.

During their prime years, the band traveled the world performing and even sold some hit albums which put them on the map of the music industry.

Recently, the group came together for their miniseries The New Edition Story on Hulu in 2018. The series was received well by the audience and the fans of the band.