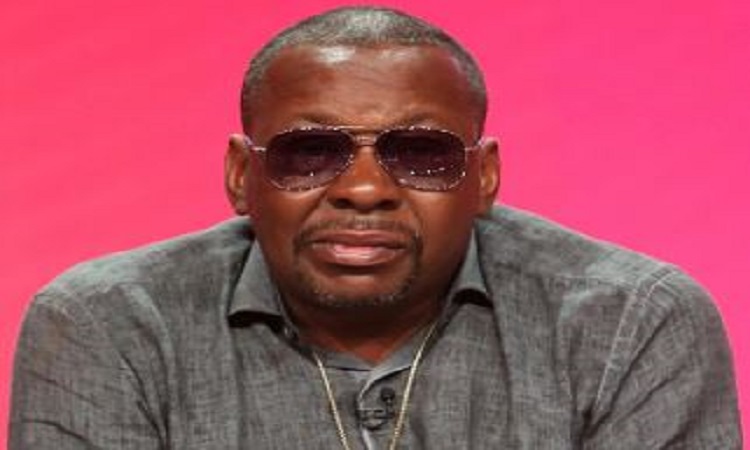 One of the popular artists from the 70s, Bobby Brown, has contributed to various musical genres such as R&B, hip-hop, pop, soul, new jack swing and has released numerous albums, which were a massive hit.

Bobby Brown is an American singer, dancer, songwriter, and actor. Also, he is a Grammy Award-winning singer popularly known as Triple B., Flash B.

Bobby Brown was born in Boston, US, on 5th February 1969 as Robert Barisford Brown. He holds US citizenship.

Bobby Brown and Alicia Etheredge were engaged in May 2010 during a performance at the Funk Fest in Jacksonville, Florida. Alicia also served as the manager of Bobby. The couple tied the knot in June 2012 in Hawaii and as of now, shares three children from their marriage. Their first son, Cassius, was born on May 31, 2009, 3 years before getting bonded in nuptial relationship.

Later on July 9, 2015, they welcomed their second child, a daughter, and named her as Bodhi Jameson Rein Brown and Hendrix Estelle Sheba Brown on July 21, 2016. The couple is seen pampering and taking good care of their children, which they often flaunt via photos on their social sites. There is no sign of separation and any other affairs about the couple to date.

The couple met at the 1989 Soul Train Awards, where Bobby performed his hit My Prerogative, which captured Houston's attention. Later Houston invited Bobby to her 26th birthday party, which leads them to start their romantic relationship.

The beautiful couple got married in Houston's lawn under a giant gazebo, which was decorated with Houston's favorite color and with purple flowers. The ceremony was attended by the 800 guests, including high-profile personalities like Gladys Knight, Donald Trump, and Patti LaBelle, all were encouraged to wear her preferred color.

At the time of their matrimonial function, She wore the custom-made ivory satin gown by New York designer Marc Bouwer which reportedly cost around $40,000 while Bobby wore a pleasant white suit. They danced all night in an opulent ballroom tent with an 18-tier wedding cake. The newlyweds celebrated their honeymoon on a 140-foot tall yacht in the Mediterranean after the ceremony.

Divorce and children with Whitney Houston

In less than a year, the newlywedded couple welcomed their daughter, Bobbi Kristina Brown, in March 1993. Later the couple was seen in the reality show Being Bobby Brown, which examines their personal life. Houston filed for legal separation, and the 14-year long marriage ended up on 24 April 2007.

Many people blamed Bobby for increasingly alleged drug abuse and troublesome public behavior. Later Houston died on February 11, 2012, at the age of 48 years old. She was found dead in a bathtub at the Beverly Hilton Hotel. She died due to accidental drowning, with heart disease and cocaine in her system contributing factor.

Was Whitney Houston A Bisexual?

Whitney was also rumored for being in a love affair with her former executive assistant, Robyn Crawford. She was not only her assistant but also an actress, creative director, television personality as well as an author.

Well, their relationship couldn't find the right way when Whitney decided to marry Bobby. As per sources, it is said that Robyn even tried to stop her wedding. Whitney claimed her as a best friend since school life and was always a mentor to her. Although it didn't confirm her as a bisexual, there seriously very close to eachother. At present, Robyn is in a relationship with Lisa Hintelmann.

Bobby dated African-American media personality Milika Williams in 1985. After one year of dating, they welcomed their son Landon Brown in 1986. After dating for three years, the couple separated from each other. Melika Williams married to Carl Payne Jr. while Bobby started dating Kim Ward.

Kim and Bobby started dating from 1980. They share two children, daughter LaPrincia, born in 1989, and son Bobby Jr born in 1992. The couple gets separated from their 11 years long relationship in 1991. After two months of pregnant, Kim found out Bobby was engaged.

Net Worth of Bobby Brown

Bobby has a net worth of $2 Million as of 2019. He has gained all the money from his career in various fields. In 1992, he earned around $2 Million and $7.9 Million alone from royalty revenue and recorded sales. Other rappers like Jaden Smith, has a wealth of $8 Million.

He has over 495 thousand followers on Instagram from which he made $694 to $1,190 per post made on the social media platform, according to Influencerbay. He also donates quite part of his income to charities and is actively involved with several charitable organizations.