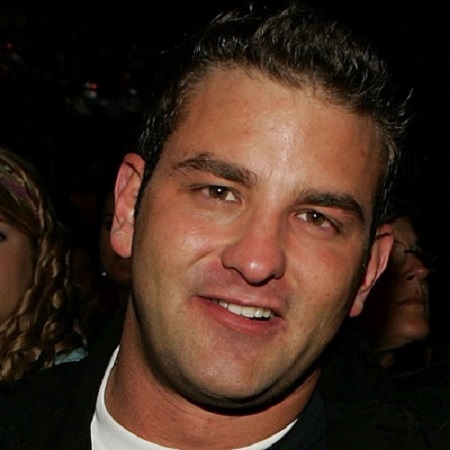 Do you know Hollywood's famous pop singer, Britney Spears? If yes then you must be acquainted with members of her family. Well, today's topic is about her older brother Bryan Spears, who works as a film and television producer. Morever, Bryan is known as the oldest brother of actress and singer, Jamie Lynn Spears.

Bryan James Spears was born on April 19, 1977, in McComb, Mississippi, United States. But, following his birth, a week later he suffered from a severe lung infection. He is the youngest child of James Spears, 68, a construction contractor and Lynne Irene Spears, 65, a second-grade teacher. But his parents got divorced in 2002 after 27 years of marital life. He holds American citizenship and is of white ethnicity.

Who is Bryan Spears Married? His Wedding Details

Bryan who attended Parklane Academy in McComb is a happily married man. He tied the knot with her long-term girlfriend, Graciella Sanchez. She is a talent manager who is currently working as the manager of Jamie Lynn and founder of One Talent Management.

43, Spears and Sanchez, 47, walked down the wedding aisle on New Year’s Eve on December 31, 2009, on Wednesday. They married at Latrobe’s on Royal in New Orleans in a small and intimate ceremony.

The nuptials took place in the presence of only a close family including Spears's entire family and Graciella's mother and brother. Before marriage, Bryan and A Yale graduate, Sanchez have dated for a few years. In fact, Graciellas' is the manager of Bryan’s sister Jamie Lynn.

Spears, Southeastern Louisiana University graduated, and his spouse, Sanchez are blessed with one daughter Sophia Alexandra Spears. Sophia is now very close to her aunties, Britney and Jamie.

Are Bryan's Two Sisters Are In a Relationship or Married?

Now talking about his sister's relationship, his little sister Jamie,29, now living a blissful marital life along with her husband Jamie Watson. On March 14, 2014, they got hitched in New Orleans. Further, the duo has one daughter, Ivey Joan Watson, born on April 11, 2018.

Not only this but Zoey 101's actress has one daughter Maddie Briann Aldridge, born on June 19, 2008. Her daughter Maddie's father is her former fiance,  Casey Aldridge. They got engaged in March 2013 after two years of on and off relation.

On the other hand, Bryan's sister Britney, 38, has been dating a fitness trainer Sam Asghari, whom she first met in October 2016 on the shoot of her music video Slumber Party. It means they are together for four years.

Further, Spears, who won Billboard Music Award for Top Female Artist, is a mother of two kids. At the age of 23, she gave birth to her firstborn son or child Sean Federline on 14 September 2005 with her ex-husband, Kevin Federline, a rapper. The divorced couple welcomed their second child, Jayden James Federline, in 2006.

Net Worth and Earnings of Bryan Spears

As of now, Bryan's net worth is more than $1 Million. He has accumulated his fortune from his own profession as a Co and executive producer. Darnell Roy is another famous executive producer with the same worth.

After his sisters Britney and Jamie became popular, he began serving as a manager for Spears's family interests. He worked as a producer for a number of celebrity sisters' projects like Zoey 101, Britney and Kevin: Chaotic, Britney Spears: Out All Night, etc. In 2008, he spent $200,000 for services rendered.

Meanwhile, his sister, Britney Spears, a famous pop singer, actress, and entertainer holds an impressive worth of $215 million. On the other hand, his next sister, Jamie Lynn has a worth of $6 million, which she earned from acting and singing career.

For further updates on Celebrities Bio, Stay tuned to Marriedceleb!!!