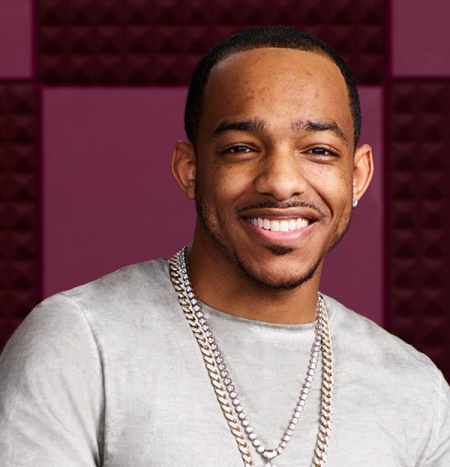 Darnell Robinson is known as Darnell Roy, a popular American record executive, producer, and music artist. However, he got his first glimpse of fame as one of the first African American teens to be featured on the MTV reality series, My Super Sweet 16. Later, he got fame after featuring as the President of Sugar Hill Records in the Bravo reality TV series, First Family of Hip Hop.

He was born on February 9, 1991, in Teaneck, New Jersey, United States. Further, he is the grandson of two R&B chart-toppers, Sylvia Robinson, who died on September 29, 2011. He holds American citizen and is of African American ethnicity. For his education, he attended the SAE Institute in Atlanta, Georgia but dropped out to continue his music career in 2008.

Darnell Roy is a Single Man

Yeah, you've read right. The 29-year-old hip hop singer is still unmarried and definitely a single man. As he hasn't disclosed anything about his love life to the press or media. Although he hits the dating threshold, he has not been seen with any women up to now.

It seems Roy might be currently focusing on the music career rather than being active in dating and romantic relationships. In addition, he frequently spends time with his family and friends and often uploads photographs of them to his Instagram account. Today, he loves his solitude without dating girlfriends.

His Grandmother, Sylvia Dies in 2011

On of the legendary singer, musician, record producer, and record label executive, Sylvia Robinson is no more in this planet. She was born in Harlem, New York, United States, on May 29, 1935.

Sadly, Robinson left the world at the age of 76. She died on the morning of 29 September 2011 at Meadowlands Hospital in Secaucus, New Jersey. But it was congestive heart failure that caused her death.

Robinson started his music career by recording various songs at the Sugarhill studio in the early days. But he initially got people's attention when he featured on MTV's My Super Sweet 16 in 2006 at the age of 15.

In March 2010, Darnell released his first album, "Drip," featuring Lil Wayne as part of Young Joc. He later collaborated with artists such as Lil Twist and Lil Chuckee on Young Money. Not only this, but he also participated with famous artists such as Bow Wow, Omarion, and Chris Brown at a young age on the Scream Tour.

In 2016, he made his debut starring in American reality TV show, First Family of Hip Hop that premiered on Bravo on January 15, 2017. Following the show, he released the song, NASA and his single Not So Low Key Ft. Velouswas released in January 2017.

In June of the same year, he released the track Preserve in which he addresses the history of his family in hip hop.

How Rich is Darnell Roy?

Working in the music industry since childhood, Darnell Roye must be earning a good amount of money from his career as well. As of 2020, his net worth is estimated to be over $1 Million, which is similar to Icewear Vezzo. As a matter of fact, the majority of his fortune comes from his own professional works as a Rapper, Record Executive, and Record Producer

In addition, Roy is bringing a good chunk of money from his albums, singles, and records. Moreover, he must be making additional sums as the Ceo of Its My Turn Store, which sells clothing line products. Apart from his earnings, his late grandmother, Sylvia Robinson's assets, was valued at $2 million at the time of her death.

For further updates on Rappers, Stay tuned to Married Celeb!!!