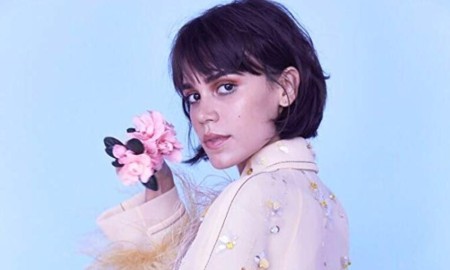 There are limits for Carla Salle for what she can accomplish, except the limits she reaches on her own thinking. She is measuring the success with her personal happiness while following the passion for the arts of acting.

Brazilian-born actress, Salle hails from a mixed ethnic background because her paternal grandparents were from different heritages. Learn more about Salle's personal life in the following sections.

The 5-feet 1-inches actress, Carla is currently in a cherishable relationship with an actor, Gabriel Leone. Her boyfriend is well known for his appearances on several films, including Verdades Secretas (2015), Velho Chico (2016) and Os Dias Eram Assim (2017).

The couple, who are both actors, are dating after meeting for the first time at the 2016 Carnival. Similarly, Carla and Gabriel's first meeting credits go to their fellow actor and mutual friend, Alejandro Cleveaux.

Carla and her 26-year-old boyfriend occasionally appear in public events and spend most of their time behind the limelight of their successful careers. But, the duo seems to be much familiar in sharing their funny videos on social media.

Nevertheless, the couple who have spent four years in a lovey-dovey love affair is yet to exchange the wedding vows. But, they certainly carry forward their relationship and maybe get engaged or even married in the near future. Just like them, Georgina Beedle and David are also planning to settle down as a happily married couple.

Before Carla's relationship with Leone, she was involved in a romantic relationship with Giovanna Ewbank's brother, Gian Luca aka Gabriel Luca. The former couple enjoyed their love life for overall four years until they parted their ways in 2015.

On the other hand, Salle's former boyfriend, Gabriel was in a relationship with an actress Sabrina Korgut in 2012. After dating for almost two years, the pair ended their relationship in December 2014, due to some misunderstandings.

Quality Award-winning actress, Salle made her breakthrough from a role in the Netflix thriller series, Omniscient in 2020. In the series, she plays the role of Nina Peixoto, who discovers a murder that the system hasn't reported and goes on to investigate the crime.

What's more to this? Carla is currently working the Omniscient alongside, Sandra Corveloni, and Jonathan Haagensen under the directions of Pedro Aguilera. The show garners 6.3 out of 10 stars from 749 ratings.

How Much Is Carla Salle's Net Worth?

Carla Salle holds a net worth of $500,000 as of 2020. She has successfully managed to collect a fruitful wealth from her profession. The main source of her income comes from prominent acting, which she shows in her hit TV shows as well as films.

Omniscient star, Carla is popular as Leila in the romantic comedy-drama series, Total Dreamer in 2015. Other than that, she starred in many TV shows such as Total Dreamer, Tangles Hearts (2013), and various others. Throughout her various TV appearances, Salle must receive a handsome remuneration from $40,024 to $50,685.

Despite Carla's various roles in TV shows and movies, she garners an extra fortune from her modeling work. She is currently endorsing for many popular commercial brands like Vivo, Phuket, Adria, and many others. Likewise, Hannah Palmer is also earning a good profit as a supermodel.

Check Out Interesting Things About Celebrities' Personal Life As Well As Professional Career At Married Celeb!!!