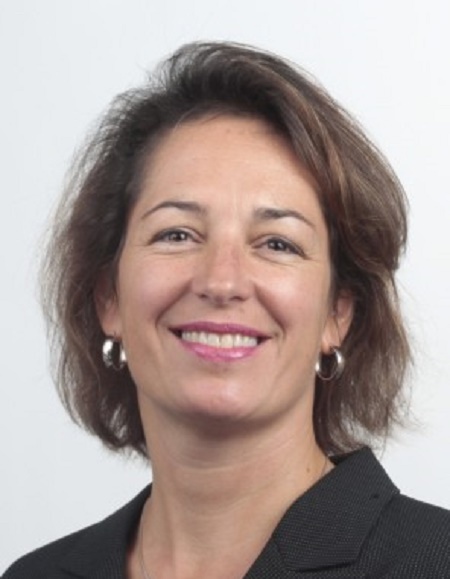 Carol D. Leonnig is an investigative and enterprise journalist who has been working as a national staff for The Washington Post since 2000. She was also part of a national security reporters team that won the Public Service Pulitzer Prize in 2014. Similarly, her valuable efforts have helped earn several national awards like the George Polk Award for political reporting (2013), and among others.

She was born in Upper Marlboro in Prince George's County, Maryland as Carol Duhurst Leonnig in 1966. Her mother, Dolly, and father are both lawyers as she attributes to her mother, for instilling the good manners that lead to serving with Washington's experienced members. She holds American citizenship and belongs to the white ethnicity.

Carol who graduated from Bryn Mawr in 1987 now shares a blissful marital life with her life partner, John Reeder, 58. He now works as an Executive in Residence with AU's School of Public Affairs and Center for Environmental Policy.  Also, he is a former deputy chief of staff of the Environmental Protection Agency (EPA) who served over 30 years.

Leonnig and her husband, John, who is a graduate of the University of Minnesota are happily married for over decades. However, their marriage details and dating history remains hidden. In reality, the duo still hasn't disclosed to the public the exact date of their wedlock.

It seems, they just want to keep their private stuff within themselves or away from the limelight. Last September 2015, Carol, 54, was seen enjoying an anniversary dinner with John at a Mexican restaurant. But, nothing more is known about them to the media.

As well all know, Carol is associated with The Washington Post since 2000. She has also done several interviews on radio and TV, including National Public Radio, Fox News, MSNBC, and The NewsHour With Jim Lehrer.

Similarly, her coverage of the Bush administration was cited in many books on the topic. She reports on the presidency of Donald Trump and is researching Russian interference at the 2016 presidential election.

In 2011, Leonnig and her Post colleague Joe Stephens published a series of stories about how the Obama administration forced to accept a $535 million federal loan to Solyndra, a solar company whose main owner was a major Obama campaign donor.

Carol received the 2015 Pulitzer Prize for her reporting on security failures and abuse. She was also part of a Post team that won the 2014 Pulitzer Prize for exposing the secret of the U.S. government through Edward Snowden 's disclosures. She is a three-time George Polk Award winner for investigative reporting.

Before joining The Post, Leonnig has worked for The Philadelphia Inquirer in 1989 as a reporter and The Charlotte Observer as a staff writer.

The Net Worth of Carol D. Leonnig

Carol Leonnig is a Pulitzer Prize-winning reporter who has an estimated net worth of $2 Million as of early 2020. She has made this heavy amount throughout her strong career as an investigative journalist. Bob Woodward is another renowned Washington Reporter with the worth o.$15 million.

Leonnig who works as a staff writer at The Washington Post for over two decades has amassed an impressive amount of money. As per payscale, the average income of a Staff Writer at Washington Post is $81,085 but the top writers can receive between $73,914 and $94,497 with bonuses.

And as for Carol D. Is a well-experienced writer so her compensation is good enough to justify $73,000. In addition, she is also an on-air contributor to the channel NBC News and MSNBC. Outside, Carol Leonnig and John E. once listed their house at $989,000.

Stay tuned with Marriedceleb to find more about Celebrity Biographies