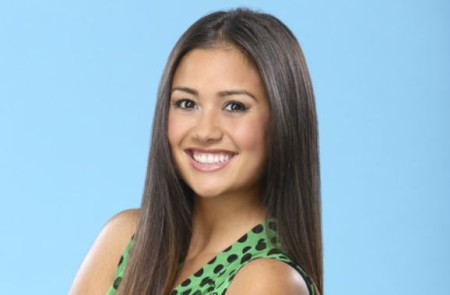 Catherine Ligaya Lowe Mejia was born on April 29, 1986, to parents Carey and Cynthia Mejia Giudici. She further grew up alongside two siblings India Giudici and Monica Teal Giudici, in Seattle, Washington. She holds an American nationality and belongs to Filipino, Italian, and Scottish ethnicity.

Tied the Knot In Romantic Ceremony with Sean Lowe

The lifelong couples, who were engaged on the 17th season of The Bachelor in November 2012, eventually walked down the aisle in a live TV special. On Sunday evening, January 26, 2014, they pronounced wife and husband in close friends and relatives.

The wedding event was held in Santa Barbara, California, at Four Seasons Resort Biltmore. Bride, Giudici, was wearing a white gown while the groom, Lowe, was stunned in white and black casual fits.

There were many familiar faces from the Bachelor and Bachelorette worlds along with the couple's family and friends, including Tanner Tolbert, Daniella McBride, Charlie Grogan, Ashley Hebert, Lesley Murphy, Jade Roper and many more.

Giudici, 33, and Lowe, 36, who met on the reality show, exchanged rings after the vows. Likewise, the 3.15-carat platinum-and-diamond ring was designed by designer Neil Lane.

Catherine and her husband, Sean, are the parents of three lovely kids. During six years of marriage, the 160cm tall Catherine and Lowe became proud parents of two older sons and a little girl. The pair had their first child, son Samuel Thomas Lowe, on July 2, 2016. Again, they revealed they were expecting their second son in November 2017.

And finally, their second-born child Isaiah Hendrix Lowe was born on May 18, 2018. Likewise, on June 19, 2019, the duo revealed that they are expecting their third child. They have welcomed their third child, a girl named Mia Mejia Lowe, on December 23, 2019.

Net Worth and Incomes

Catherine Giudici is a winner of a reality show and a businesswoman who has an estimated $500,000 net worth as of 2020. Similarly, she has sponsored and partnered with numerous businesses for product advertisements. Thus, she receives from advertising a significant amount of money.

The graduate of Washington State University has a luxury stationery company called LoweCo, selling cards with tiny. Such cards are suitable for many occasions. And we can conclude that her smart business ventures helped to improve her collective fortune.

To know about your favorite The Bachelorette's star, follow marriedceleb.