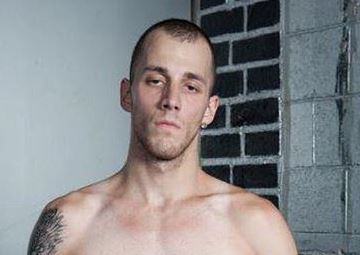 Charlie Zelenoff is a self-proclaimed unbeatable boxer of all time, even though no one agrees with him. He is famous for fighting boxers from the gym house and posting those fights on his YouTube channel. Zelenoff and his boxing record have now claimed him as a UBF World Champion.

The Russian-American native Charlie was born on July 27, 1988, in Russia. He's famous for his YouTube videos which shows clips of him beating amateur boxers. Of all the people in the world, his wife is his biggest supporter. So, who is his wife? To know read along.

Charlie's Biggest Supporter, His Wife! Who is She?

Charlie tied in the know with Daria Zelenoff. However, there are no specifics over their marriage details, and how the pair met. Somehow, he is able to maintain his personal life concealed from the public. Scrolling through his social media, we can sometimes find pictures of them together.

He has been spotted with his spouse on various occasions which suggests that they are having a blissful marital life. The duo is also secretive about their children, that is if they have any. As per reports, the pair are keeping most aspects of their personal life under wraps.

Are The Couple Getting a Divorce?

The self-proclaimed boxer seems to have a bit unstable life. Because of no official announcement about his divorce, we can't assume that Charlie and Daria are separated. Some online tabloids, however, reports that he is dating Camila.

The speculation of people went true when Zelenoff shared a video and picture on his Instagram where he stated,

In any of his social media, recently there are no pictures of Daria which might've fueled all the speculation. So, what's the deal? Is he getting a divorce with Daria and starting to date Camila. Until and unless Charlie gives his confirmation, no one can tell.

The young boxer seems to have a great desire to date Kim Kardashian. His desire goes a little bit beyond after he caught chasing Kim in a public place back in 2011. He has also uploaded several pictures where he portrayed to date, Kim using Adobe Photoshop.

Evidently, none of his tactics succeed him to book a date with Kardashian. However, after Kim, he made an enormous effort to date famous American Hip hop artist Nicki Minaj.

Charlie has several pending cases on the court. In 2019, he was sued by the actress Jillian Boinski for harassing her. Similarly,
following the same year, he got arrested for punching homeless people and pizza guy.

What's His Net Worth?

Charlie Zelenoff is secretive regarding his life as he has not revealed his exact net worth. However, his net worth is estimated to be around $400,000.

For further updates on Boxers, stay subscribed to Married Celeb!!!