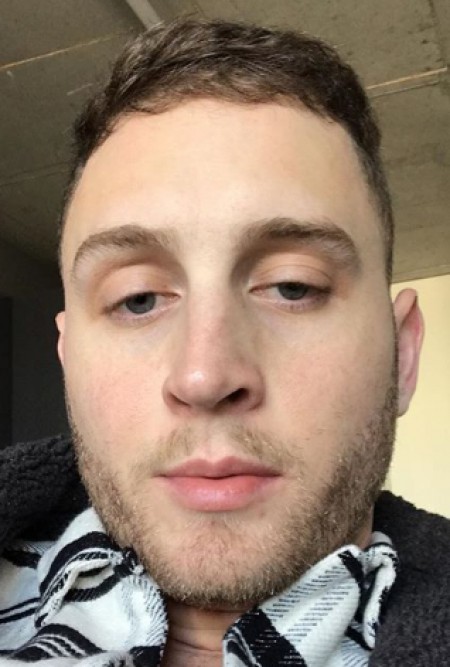 Who is Chet Hanks?

Chet Hanks is an American Rapper and actor better known as the son of Hollywood star Tom Hanks. He once lived a troubled life fighting drug abuse.

Chester Marlon Hanks was born on August 4, 1990 in Los Angeles, California to Hollywood veteran Tom Hanks and Rita Wilson. He comes from a white ethnic background and has an American nationality. Additionally, his birth sign is Leo.

Hanks attempted to put a foot mark in the media industry like his father and his brother. Apart from his films, Hanks is also devoted towards music. He is a rapper and goes under the title Chet Hazae.

Recently, Hanks released his track "Do It Better" which so far has received over 800 k views on youtube.

Additionally, Chet featured himself seducing and making out with a woman in the club in his video on DoIt Better's track.

Chet comes from a wealthy family and so far has dated some of the finest woman.

Beside his affairs and relationships, Hanks has a history of severe drug abuse. This can be related to his influential family status. Unfortunately, he came into the limelight at his 16 year of age after a news about his drug addiction surfaced in the media. Which resulted in Hanks spending several months in and out of rehab.

Chet again got into limelight after he came out with a daughter from his partner Tiffany Miles on December 2016. The couple suddenly flashed their relationship to the world out of the blue in 2016 along with an infant.

In fact, Hanks thanked his new born daughter Michaiah Hanks for being his inspiration to get sober. Currently, he lives an addiction free life along with the family.

However, Chet is a protective father just like his father Tom and keeps the baby girl away from the spot light. Moreover, he has not tied the knot with his partner but, his baby mama Tiffany Miles reportedly also has a past history of violence, abuse and bizarre behavior.

Michaiah Hanks however is too small to decide if she would take her grandfather's career path but Wren Keasler, Martial Arts honcho Bruce Lee's grand daughter, however seems interested in carrying her grand father's legacy even further.

Chet has garnered a good asset over the years. His earning is predicted to be in good figures. Apart from that, Hanks brings a good income from his rap concerts. He has a net worth of over $43 million.

Additionally, Hanks judges many of the rap events which has brought him a good fortune. Similarly, his father Tom Hans has a surmountable asset; Tom reportedly has a total net worth of over $350 million.

Chet Hanks is a handsome man, he has a tall figure and a sumptuous weight. He inherits his fathers looks. Hank posses a black hair and his eyes are brown in color.

Chet is widely active in social media. He has garnered a huge followers of over 58.7k on his official Instagram. Further, his twitter handle has over 21.5k followers.