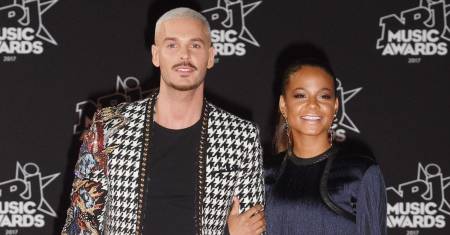 New Jersey-based actress, Christina Milian now becomes the mother of her second child, Isaiah Pokora on the 20th of January this year, sharing with her current boyfriend, Matt Pokora. The pair are happy to welcome their son and spend quality time with their newly born baby boy.

Before the birth of their son, Christina gave a mesmerizing surprise to their fans with her partner, Pokora, on Instagram, where they announced that they're going to welcome a child from their blissful relationship on 28th July 2019. In her Instagram post, she wrote the caption,

On 12th August 2019, Milian shared a post on Instagram, where she revealed about her child's gender saying it's a boy. In her surprising post, she and her boyfriend, Matt are playing with a blue color, which might be a celebration before welcome their son, Isaiah.

After the birth of their son, Christina posted a picture, where Isaiah's small hand was grabbing mom's finger via Instagram on 21st January 2020. She wrote a caption, "And so we begin. Isaiah 1/20/20 Simply perfect. The world is your son. Love, Mom & Dad", tagging Matt on her Instagram post.

Similar to Millian's post, Pokora also posted a picture on 21st January 2020 through Instagram. In the post, Isaiah seems taking a nap, holding his father's finger with his tiny little hands.

Matt wrote a caption saying, "You're my hero to Isaiah" and celebrated the fact he arrived on the same day when the world's most powerful freedom fighter, Martin Luther King Jr. was born." Pokora also said, "Once upon a time there was Isaiah, born on 20/01/2020 ... it's up to you to write the rest ..."

Prior to that, Christina and her ex-partner, The-Dream aka Terius Youngdell Nash also announced that they're expecting their first child on 11th September 2009. Following that, she gave birth to their first child, Violet Madison Nash, who's now 9 years old.

After the split up with The-Dream, Millian prefers to keep her daughter with her Latina roots practicing Spanish and cooking lessons for making Cuban food. Likewise, Kruse Allegra Zobrist is also raising in a good environment with the help of her parents.

If You're Interested In Reading Then Visit Married For More Information About Christina's Love Life With Matt Pokora & Their Newly Born Child!!!