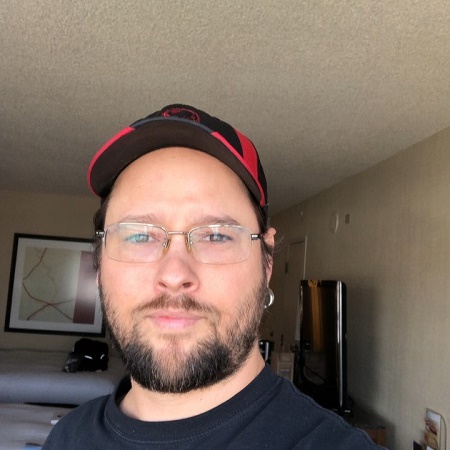 Christopher Khayman Lee is an American actor who is active in the film industry at the age of 17. However, he got huge popularity after performing the main character of Andros/Red Space Range in American television series, Power Rangers in Space in 1998.

He was born on March 11, 1978, to the parents, Yvonne Norton and Robert Potts in Miami, Florida, United States. He has one younger sister, Chyler Leigh, who is also an actress. Later, he moved Miami to begin an acting career. As per his citizenship, he is American and is of white ethnicity.

He Has a Girlfriend

Yes, you have heard the truth. The 42 years old actor is yet to married but he is in a romantic relationship with the girl whose name is Ali Rae.

As per Lee's Instagram post, the lovebirds seem to be started dating back in October 2018 and is still going strong. Before that, neither of them had captured the picture together. Christopher first shared the picture on his Instagram account with his girlfriend on October 30, 2018.

Since then, the pair mostly posts eachother romantic photos on their Instagram walls, like enjoying a vacation and spending a good time on dates together. Therefore their love life is blossoming to the fullest with no sign of problems for two years.

On the other hand, his 38 years old younger sister is happily married to her husband, Nathan West, who is an actor. They were married on July 20, 2002. Moreover, they are parents of three children named Noah Wilde West, Taelyn Leigh West, Anniston Kae West.

How much is Christopher Net Worth in 2020?

Khayman Lee might make a suitable amount of money from his professional work as a film and TV star. Although his precise net worth is not mentioned anywhere, it is reportdely more than $1 Million. Other TV stars including Erika Henningsen and Sam Riley also make the same amount of worth.

The average income for the American Actor / Performer in the United States as of early 2020 is around $57,060. But usually, the amount ranges between $47,021 and $69,668 so Christopher could pay off his appearances in the same amount. He also makes a fair amount of money from live programs, such as Cyber Con, The Gride's Blood Line, Twitch.

He Co-Starred With His Younger Sister, Chyler in Safe Harbor (1999)

Khayman Lee and his sister Chyler starred together in The WB's American drama television series Safe Harbor in 1999. He had played Hayden Loring's role while she was playing Jamie Martin.

On the other hand, Christopher's sister Leigh is known as the famous actress, singer, and model. She is best known for starring as Lexie Grey in the ABC medical drama show Grey's Anatomy, and Alex Danvers in the DC Comics superhero series Supergirl.