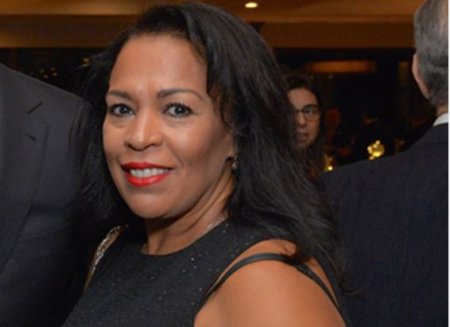 Clara Rivera is the co-founder of Refuge of Hope, a social services organization that provides food, shelter, and clothing to the homeless persons. She is also widely recognized as the wife of Mariano Rivera, a former Panamanian-American baseball relief pitcher. Clara currently serves as a senior pastor of the Refuge of Hope Church - Church Shelter of Hope in New Rochelle, New York.

Rivera was born in Panama, a country between Central and South America. She is the 4th child of Juan (father) and Ana (mother) out of six siblings. To explore more about Rivera's personal life, read the article to the end.

American senior pastor, Clara and her husband, Mariano Rivera are capturing the most beautiful moments in their married life. The couple exchanged their wedding vows in an intimate ceremony on 9th November 1991.

The bridegroom was looking stunning at the time of their nuptial, where Clara wore an ivory chiffon a-line bridal gown. On the other hand, Mariano was dressed in a dark blue formal business suit and a white undershirt, tied up with a chocality white tie and a rose in his left pocket.

The two had their first interaction when they were studying at Victorian School Chacon in Puerto Caimito, Panama. Upon graduation, the duo decided to get married and got engaged afterward. Since then, they're maintaining a strong understanding and respect in their marital union for 28 years.

Clara and Mariano are blessed with three grown-up children, Mariano Rivera Jr. (born on 4th October 1993), Jaziel Rivera (born in 1997), and Jafet Rivera (born in 2003). What is more to this, their older son, Rivera Jr. is currently playing as a relief pitcher for the Washington Nationals since the 2015 MLB draft.

On the other hand, Rivera Jr. is committed to his college sweetheart, Alyssa Picinich, whom he met at Iona College New Rochelle, New York in November 2014.During that time, Alyssa was in her first year, and he was studying his senior year.

The couple then started dating and got engaged after graduating. They later united as husband and wife on 13th October 2018 at the Refuge of Hope Church in New Rochelle, NY, performed by Rev. Mark Vega, an Evangelical minister. They also held a reception at the Rockleigh Country Club in Rockleigh, New Jersey.

What is Clara's Total Fortune?

Clara Rivera's net worth is $500 Thousand as of 2020. She is currently earning a handsome remuneration from her notable works. So, she might be received an annual average salary of $59,806, which is similar to an American senior pastor in the United States.

On the other hand, Clara's spouse, Mariano garners a lucrative net worth of $90 Million. He earned a total earnings of $169,614,125 from his overall 19 seasons with the New York Yankees. Similar to Mariano, Pat Kelly also made an impressive cap hit from his MLB career.

The Rivera family currently resides in their two lavish homes situated in New York, where their first residence is in the area of Harrison. Their second home is located in Purchase, New York, where Katie Couric also resides.