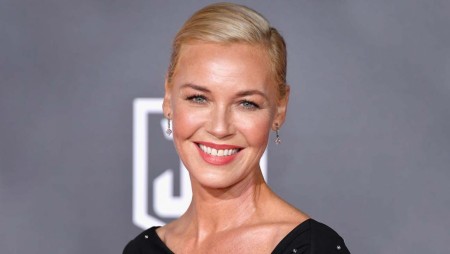 Did you watch the 2017 blockbuster superhero film, Wonder Woman? Today we will be talking about Connie Nielsen, a Danish actress who played the role of Hippolyta in the film. She debuted with a major supporting role in the American movie, The Devil's Advocate (1997). Similarly, she has appeared in blockbuster movies such as Gladiator, Mission to Mars, The Hunted, etc.

Connie Inge-Lise Nielsen was born on July 3, 1965, in Frederikshavn, Denmark. She is 55 years old as of 2020. Nielsen's father, Bent Nielsen, was a bus driver, while mother was an insurance clerk. At 18, Connie moved to Paris, France, and worked as a model and actress. She studied acting in Italy and lived there for many years.

The lovely actress has never been married, and currently, she is a single woman. In her mid-fifties, Connie gracefully maintains a single life, but she is a mother of two sons born from her previous relationships. Connie is said to have dated actor Josh Lucas and singer Huey Morgan.

Nielsen's older son Sebastian Sartor was born from her former partner, Fabio Sartor, an Italian actor. It is not known when they began dating, but it seems Connie and Sartor became parents around the mid-1990s. Their son, Sebastian, is a DJ and can often be seen on his mother's social media.

Connie dated Metallica drummer and fellow Danish musician, Lars Ulrich from 2004 to 2012. With Ulrich, she has a younger son named Bryce Thadeus Ulrich-Nielsen. He was born on May 21, 2007, in San Francisco, California.

Lars Ulrich is wildly popular as the drummer and co-founder of the American heavy metal band, Metallica. The 56-year-old musician, songwriter, and record producer was born in Gentofte, Denmark. Before dating Connie, Ulrich was twicely married.

Lars' first marriage was with a British woman named Debbie Jones. They married in 1988 but divorced in 1990. Similarly, his second marriage was to Skylar Satenstein. After separating from Nielsen, Ulrich married an American former fashion model, Jessica Miller.

The talented Danish actress, Miss Connie Nielsen, has a net worth of $8 million as per celebritynetworth. With a career span of 36 years, Nielsen has amassed a decent fortune from her acting career. She earns an average salary of over $46,342 per episode, and her annual income ranges somewhere between $127,000-$178,343.

Connie has appeared in several successful movies throughout her career. Here, take a look at some of her films' Box-Office collections:

Besides being a part of superhit movies, Nielsen has also appeared in famous tv shows. In 2006, she appeared as Detective Dani Beck in the NBC drama series, Law & Order: Special Victims Unit, where actors like Marta Milans and Jessica Camacho has also worked.

Connie was a model before she became an actress. With a stunning height of 5 feet 10 inches, the actress still looks incredibly fit for a 50 plus woman. She follows a strict diet and exercise regime to stay in shape.

Do you know Nielsen speaks eight languages: Danish, English, French, German, Italian, Norwegian, Swedish, and a little Spanish? In the early 90s, she worked in Italian and French movies. Connie will again reprise her role as Queen Hippolyta in the upcoming film, 'Wonder Woman 1984'.