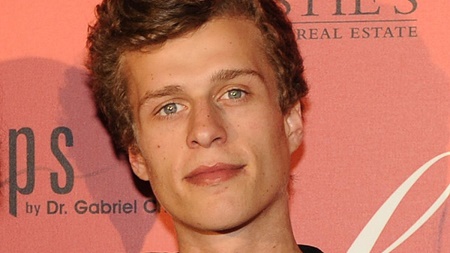 Having a well-known parent certainly helps you quickly get stardom because you don't have to do hard work and dedication to gain recognition and reputation. The same is true of Conrad Hughes Hilton, who got the public's attention because of his family members.

He was born on March 3, 1994, in New York, New York, the United States to the parents, Richard Hilton, and Kathy Hilton. Her dad, Richard is a renowned American businessman in the United States whereas his mother Kathy is a former model. His grandparents are Barron Hilton, Marilyn June Hawley, Kathleen Richards, and Laurence K. Avanzino.

Conrad Hughes has not revealed any information about his current love affairs to the media. In fact, he is a very secretive person who keeps most of her love life under wraps.

But previously, the celebrity son has dated her former girlfriend, Hunter Daily Salomon until 2015. She is the daughter of a poker player Rick Salomon and his actress wife, E.G. Daily. Unfornatunely, Conrad, and Hunter's long term relationship turned into an ugly term.

The hotel heir showed up half-naked at the house of his lover Daily and left a stuffed bear with some blankets, a robe, his water bottle. Then, on Thursday, Hunter, 25, filed a restraining order against him in Los Angeles Superior Court seeking defense from in 2015.

According to sources, the restraining order was granted for the time being until next month's proceeding. Hilton, 26, was arrested in May 2017 for breaking Hunters' mom, Elizabeth 's home, and violating a past restraining order in the process.

Conrad is the youngest brother of two sisters, Paris Hilton (1981), Nicky Hilton, (born 1983), and one brother, Barron Nicholas Hilton II (born 1989). Among three siblings, Paris and Nicky are known as the renowned TV personality in the Hollywood industry.

In contrast, Nicky, 36, is a businesswoman, socialite, model, and fashion designer, too. Also, she launched two of Nicky Hilton's own clothing line named Chick and Nicholai. In 2019, in partnership with French Sole, she officially launched her first footwear collection named Nicky Hilton x French Sole,

As we all know, Conrad Hughes Hilton comes from a multi-millionaire family. Meanwhile, his precise net worth is not known, but once, Barron's grandfather divided his inherited property $135 million, around $5.6 million a person. So, he just has received millions of dollars from his inheritance.

Meanwhile, his dad, Richard, and mom, Kathy both share a total amount of $600 Million worth together. While her big sisters, Paris and Nicky also have an impressive fortune $300 million, and $40 Million respectively. Similarly, to date, Paris' 17 perfume line alone has brought in revenues of over $3 billion.