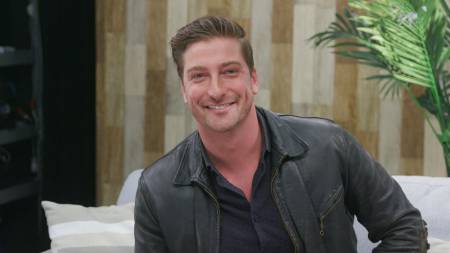 Who is Daniel Lissing?

Have you ever watched the When Calls the Heart? If yes you must be friendly with the name Daniel Lissing who portrayed the lead role of Jack Thornton from 2014–2018. Well, he is an Australian actor who is also famous for his role as Petty Officer James King in ABC drama Last Resort (2012-2013) and as Conrad De Groot in Crownies(2011).

Daniel Lissing was born on 4th October 1981 to the parents Inge Christophers (mother) and Jerry Lissing (father). Further, he was raised in Sydney Australia with his sister in  Sydney, Australia. He holds Australian citizenship and belongs to Australian and English ethnicity. His educational background has not been revealed yet.

Lissing started his acting career from the TV film Pizza in 2001. After that, he has appeared as a guest role in the series Home and Away in 2006. Well, he keeps continuing to his career and also appeared in the various movies and shows including Packed to the Rafters, A Tale of Two Cities, The Game, and Fidelity.

What is Daniel Lissing's Net Worth & Salary?

When Calls the Heart star, Daniel Lissing's net worth is reportedly around $500,000 as of today. The significant way of income is his professional acting career as he starred in famous TV shows and films. Other than acting, Daniel has additional sources of earnings, i.e. music career.

On the other hand, Lissing's actual salary and earnings are only up to him. However, as per the pay scale, the average salary of an Australian TV star is roughly between $22,718 per year or $11.65 per hour. Thus, with his experience and excellent work, Daniel clearly earns more than the average wages.

YouTube: When Calls The Heart: Trials Of The Heart Official Trailer #1 (2015) HD

In the same way, Daniel is popular for his role in series When Calls the Heart, starring Erin Krakow. Erin has a net worth of $3 million as of 2019, throughout her acting career. Some sources claim she is currently making an annual salary of $800,000 in like manner to Brittany Curran.

Who is Daniel Lissing Girlfriend? Affair

Hearties have been waiting for a long time to understand who Daniel Lissing dates in 2019. Well, lastly the wait is over. The former actor When Calls the Heart has revealed about his love life. Lissing is currently in a romantic connection with his girlfriend named Nadia.

Well, this the first time Lissing has publicized his relationship to the media or public. On 14th December 2018, he posted a beautiful picture of him with his new love with a picturesque view of the Sydney Opera House in the background. They look smitten as Daniel has his arm around Nadia.

Daniel even captioned the photo “#summer” which means the lovebirds have been dating for a while now.  He seemed very happy while he posed for a picture with his lover.

Similarly, back on 31 October 2018, Nadia posted their picture from Disneyland and stated the caption,

“He’s the Mickey to my Minnie ❤️ #disneyland.”

Nevertheless, there is not much to say about Daniel's girlfriend. As of now, she hasn't revealed much about her work or her personal life on social media or public. Her Instagram account is @jegdiva. Since Lissing's big truth on Instagram, her followers have been consistently increasing.

On 20 June 2019, Nadia even shared a photo with Daniel. Seems, the lovebirds are very much in love with each other and regularly posts pictures through their respective Instagram account.

Besides, Daniel also has record of dating his co-star Erin Krakow as they was seen plenty of times together in public.However, their relationships speculation ended with being confirmed.

What is Daniel Lissing's Height? Age

As of now, Daniel is 37 years old. With a muscular and athletic physique, Lissing stands at the height of 5 feet 11 inches, but his weight is unknown.