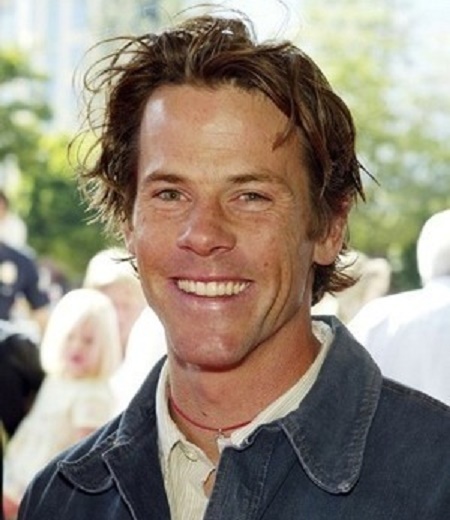 Daniel Moder is an American cinematographer who debuts his career as a production assistant through action film Crimson Tide in 1995. But he gained immense popularity when he started working in such movies like Fireflies in the Garden, The Mexican, and Secret in Their Eyes.

Daniel Richard Moder was born on January 31, 1969, in Los Angeles, California, USA. His father Mike Moder works as a producer while his mother Patricia Ann Watz is a homemaker. In his family members, he also has 4 siblings named Jyl Moder, John Moder, Debbie Moder, Jane Moder. For his citizenship, he is American and belongs to Caucasian ethnicity.

Got Hitched With American Producer in 2002

Yes, Daniel, 51, is married to Julia Roberts, 53, who is two years older than him. She is a famous actress and producer who has established herself as a leading girl in the film industry.

The lovebirds first met on the set of Julia's film The Mexican in 2000. At the time, he was still married to his ex-wife, Vera while Roberts also dating her ex-boyfriend, Bratt. But after Daniel and Vera Steimberg's divorce, the two walked down the wedding aisle on July 4, 2002.

Moder and Roberts had an intimate ceremony at the bride's ranch in Taos, New Mexico among their loved ones. Since their big day, they share blissful married life with no sign of conflict and problem. Now, they have completed their 18 years of marriage.

Yes, the famous cinematographer is a proud dad of three kids. She and his current wife, Julia Fiona Roberts (born October 28, 1967) gave birth to their beautiful and healthy three children together.

Their twins a son Phinnaeus Walter and a daughter Hazel Patricia was welcomed on November 28, 2004. And their youngest one or second one son Henry Daniel was born June 18, 2007.

His First Wife is Vera Steimberg

Yes, you have read that right. Daniel who is graduated from Saint Monica High School was previously in a marital relationship with his first wife, Vera Steimberg Moder, aged 47. She works as a makeup artist.

The exes spouses were married in the year 1997 after a short time of dating. But they could not continue their union for last long and dedicated to separate. Daniel filed for divorce from Vera and it was finalized after one year in 2002. Today, she shares one son Lucas from her new relationship.

On the other hand, his wife, Julia also once wedded to country singer Lyle Lovett. They got hitched on June 25, 1993, at Marion, Indiana at St. James Lutheran Church. But they ended their marriage in March 1995.

Not only Lyle but she had few romantic affairs with several famous celebrities. She dated actors like Liam Neeson, Dylan McDermott, Jason Patric, Matthew Perry, Kiefer Sutherland, and Benjamin Bratt.

Added to that, she was briefly engaged to Kiefer Sutherland. But they called off their engagement three days before a scheduled marriage on June 11, 1991.

How Much Net Worth Does Daniel Moder Have?

University of Colorado Boulder's degree holder in psychology, Danie has amassed a good amount of money from his career. As of 2020, he has a staggering net worth of $10 million. His main source of income is his successful job of working as a cinematographer in various TV series and films.

In the United, the cinematographer makes around the salary of $59,430. Thus, looking at his career graph and dedication, his annual income is also estimated also in the same amount. To date, he has worked as a cinematographer in various films such as The Normal Heart, Jesus Henry Christ, Fireflies in the Garden, and others.

Moreover, Moder has worked with films like Spider-Man 3, Full Frontal, The Mexican, Friends with Money, etc. Likewise, the 2007 film Spider-Man 3 grossed over $895 Million worldwide on the estimated production budget of $258–350 million.

Whereas his wife, Julia Fiona Roberts now enjoys the net value of $250 million. She has acquired her impressive fortune throughout her three decades of acting and producing gigs. In fact, she is the highest-paid actress in the world throughout the 1990s to 2000s.

Click Married celeb to read more about your favorite celebrities!!!