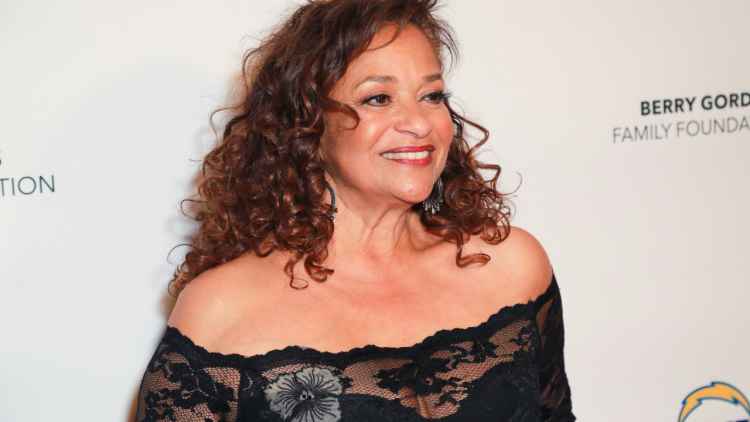 Some of the prominent personalities not only holds a single profession but is engaged in multi-profession. In the similar context, Debbie Allen is also a multi-artistic person. She is an American actress, choreographer, dancer, television producer and television director. Moreover, Allen is a former member of the President's Committee on the Arts and Humanities.

She was born on 16th January 1950 in Houston, Texas, U.S. She holds American nationality and is of African-American ethnicity.

She is the third child of orthodontist Andrew Arthur Allen Sr. and her mother Vivian Allen is a poet, scholar, publisher, and Pulitzer Prize-nominated artist. Her sister, Phylicia Rashad is actress/singer/director and brother Andrew Arthur Allen Jr is a musician.

Debbie Allen is in a marital relationship Norm Nixon who is a former NBA player. They first met in 1979 in the film The Fish That Saved Pittsburgh which was a film featuring NBA stars like Kareem Abdul-Jabbar and Julius Erving.

Eventually, they tied the knot in 1984 after spending 5 years together. The couple is now celebrating 35 years of their marriage.

Norm Nixon and Debbie Allen celebrated their 32nd wedding anniversary in the cutest possible way. The internet broke down after they posted their dancing video in Debbie's Instagram. The 69 years old Debbie and 63 years old Norman marriage anniversary was held on July 19, 2016.

The couple chartered a yacht in Marina del Rey and label the celebration the #WhiteParty to captured the moment. Most of their family and friends attended th party including Debbie's Dance Academy crew and Wesley Snipes.

The 35 years long marriage lead them to share three children. Her oldest daughter Vivian Nixon is a dancer and an actress. Mostly known on her debut on Broadway as Kalimba in Hot Feet. The couple has two son the eldest one who is a basketball player named Norm E. Nixon Jr. and the youngest one is DeVaughn Nixon. The family of five is living a affluent lifestyle.

Past marriage and affairs

Before marrying NBA star, Debbie was previously married to Win Wilford in the year 1975. Her ex-husband Win has worked as the president of CBS Records and has also worked for Epic Label. After being in nuptial relationship for 8 years, they both separated in 1983. In the duration of their conjugal relationship, they didn't shared any children.

In 2001, Debbie was appointed by President George W. Bush as a member of the President's Committee on the Humanities and Arts. In 1991, she was honored with a star on the Hollywood Walk of Fame at 6904 Hollywood due to her contributions to the television industry.

She is a three-time Emmy Award winner in a category of best Choreographer. Also, she was Awarded 10 Image Awards as an actress, director, producer, and Choreographer for Fame. She also was honored for her contributions to dance and was presented with a Lifetime Achievement Award by Nia Peeples on February 4, 2009.

Net worth in millions

Debbie Allen has a net worth of $3 Million. Being a talented personality in the entertainment industry, her remuneration is good in amount. Debbie also founded a non-profit organization, Debbie Allen Dance Academy and probably receives funds because of her social motive.

Debbie and her husband are currently residing in Santa Monica, California home which was built in 1926 with the 6-bed, 3-bathroom, and total of 6,516 sq ft in size. Besides that, she has a massive following on social sites. Her Instagram account has a follower of 1.2 million and 399 Thousand followers on Twitter.

How rich is Debbie's husband?

Debbie's husband's wealth is around $14 Million which is equal to the net worth of American actress Caitlin Dechelle. Nixon played twelve seasons with Los Angeles Lakers and the San Diego/Los Angeles Clipper.

Nixon has won two championships titles with the Lakers. According to the online source, the average earning of NBA players is $2 million. So, undoubtedly, he was paid full scale due to his talent and experience in the field.