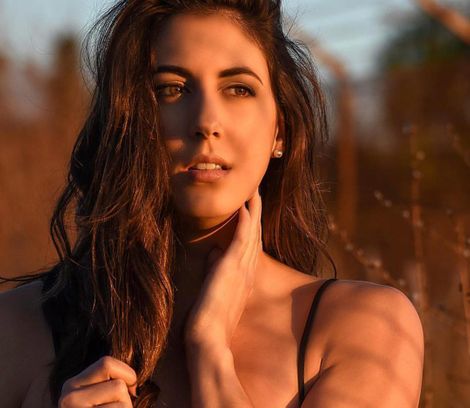 Behind every famous Hollywood action star, there's a hidden face without whom perhaps the action is not complete. They are body double people, who have a significant role in the making of perfect scene.

American actress, martial artist, and Stuntwoman, Caitlin Dechelle was ranked among the top 10 of The Stuntwomen's Sexiest. Likewise, Dechelle is popular for performing stunts such as Wonder Woman, Furious 7, Agents of Shield and Castle.

The stunning Stuntwoman, Caitlin Dechelle was born on 19 September 1990 in Miami, Florida, United States. She is the single daughter of a mother, Chivon Dechelle who is retail equipment coordinator and father, Pete Dechelle who is Postmaster. In addition, Dechelle has one brother named Vincent Dechelle.

Dechelle holds American citizenship and is of Caucasian ethnicity. As far as her education, she attended Ravenwood High School and then graduated from the Bachelor of Science. Later, Caitlin received her master degree from Central Florida University.

Caitlin Dechelle initiated her martial arts career at the age of eight, and then she started a long association with Mike Chat, a founder of XMA. And, she worked at the XMA as a teacher for a while.

Dechelle worked with the Paul Mitchell karate team and gained 90 NASKA World Titles. Competing gave her the chance to travel around the globe. Also, she earned black belts in Kenpo(Chinese), Goju-Ryu(Japanese), Taekwondo in her 20 years of martial arts.

Retiring from the circuit at 23, Dechelle purses her dream as an actress. Till date, she has appeared in numbers of popular series including  Pretty Little Liars, Teen Wolf, Agents of Shield, How I Met Your Mother, John Carter, Ray Donovan, Castle and among others.

Besides TV shows, her film credits include Wonder Woman and Fast and Furious 7.

The love affairs of celebrities are always a matter of interesting among the media or public. Caitlin can make any guy fall on their knees because of her gorgeous looks and extremely talented. Well, she is already taken.

At the current moment, the pair seems to be very much in love with eachother. Neither Dechelle nor Munevar never misses any chance to show their relationship goals with the media.

Along with this, Caitlin frequently shares beautiful pictures with him via Instagram. Moreover, she wished Happy 1st year anniversary back on 14 October 2018 and also wished her boyfriend Daniel a happy valentine day on 14 February 2019.

Despite busy schedule, she always provides enough time for her relationship and spent some quality time with her soulmate. Currently, this lovely couple is sparkling their interrelationship or tie-in joyfully and happily.

Working as a martial artist, stuntwoman and actress, Caitlin Dechelle has made a pretty huge amount of money from her multiple careers. As of 2019, her net value is estimated to be around $14 Million which quite more than other stuntwomen, Wanda Ferraton, and Sheena Sakai.

Moreover, Dechelle is a brand ambassador for Garden of Life and is sponsored by Paul Mitchell Hair Care. Besides, she also has done some Comcast commercials including BMG cosmetics.