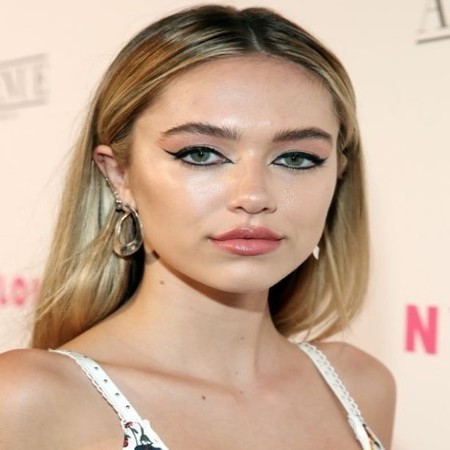 Delilah Belle Hamlin is an American model, Instagram star, and social media sensation. However, she rose to fame as the celebrity daughter of actor, Harry Hamlin and The Real Housewives of Beverly Hills star, Lisa Rinna. Further, she has 1.2 million followers on her Instagram account. Besides, Delilah made her first television appearance in 2010 alongside her parents through Harry Loves Lisa. Some experts also say that she will be the next Gigi Hadid, who is an American supermodel.

The rising model and Instagram star, Delilah Belle Hamlin was born on June 10, 1998, Los Angeles, California, USA to Harry Hamlin and Lisa Rinna. Moreover, she grew up and raised with her younger sister, Amelia Gray Hamlin. Apart, she is also a younger half-sister of Dimitri Alexander Hamlin from her father's previous relationship with actress, Ursula Andress.  Delilah holds an American nationality and belongs to white ethnicity. She moved to New York from Los Angeles to pursue her modeling career and start her college at New York University.

Who is the Handsome Boyfriend of Delilah Belle Hamlin?

Well, Delilah, 22, is in a romantic relationship with her boyfriend right now. She is dating Love Island star, Eyal Booker. The couple started to date each other form May 12, 2019. Recently, Delilah uploads a sweet video 1st anniversary of their relationship on her Instagram@delilahbelle with the caption:

I never thought I'd feel a love like this here's to 1 year with you and many more to come. I love you.@eyalbooker

From this, we can guess that the couple is enjoying a happy relationship life with each other. Moreover, they seem so deep in love and also share their daily lifestyle photos on their social media account. Besides, she is also focused on her career building in modeling.

She is very close to her family and often seen spending her free time with them by going on vacation. However, she also admits that she was in a wrong relationship before dating Eyal. As of now, she is living a happy life with her family and boyfriend.

Talking about her past affairs and relationship, Delilah openly speaks that she was in a couple of the wrong relationship before living a happy love life with her current boyfriend. She was dating her high school sweetheart, Aidan Reilly in 2014. However, she broke up with in early 2018 after dating around four years.

After the heartfelt broke up with Aidan, her name was joint with a famous star like Cully Smoller and Jay Alvarrez. Furthermore, her wrong relationship leads her to suffer from weird mental health issues for some time. She even went to rehabilitation for her treatment. As of now, she is mentally fit and living a happy life with her family.

How much is the Net Worth of Delilah Belle Hamlin in 2020?

The 173 cm tall, Hamlin has collected an impressive amount of net worth from her career as a model and Instagram star. However, her estimated net worth is $500000. Apart, she has modeled with many fashion houses. So, the average annual salary of a model ranges from $54,624 a year.

Besides, she is very popular on Instagram@delilahbelle with the following of 1.2 million followers. She earns around $3,000-$4,500 per post on her Instagram account. Apart, she also appears in many television shows. Later, in the future, her net worth might be increased with her hard work and dedication. Some experts also say that she will be the next Gigi Hadid, who is an American supermodel.

On the other hand, she is born with a golden spoon and spend lavish childhood from her parents' hefty earning. Her father, Harry has an estimated net worth of $10 million from his long career as an actor. Besides, her mother, Lisa also earned a decent amount of money appearing on the show The Real Housewives of Beverly Hills along with Yolanda Hadid, Teddi Mellencamp, and many more. Her net worth is $10 million.