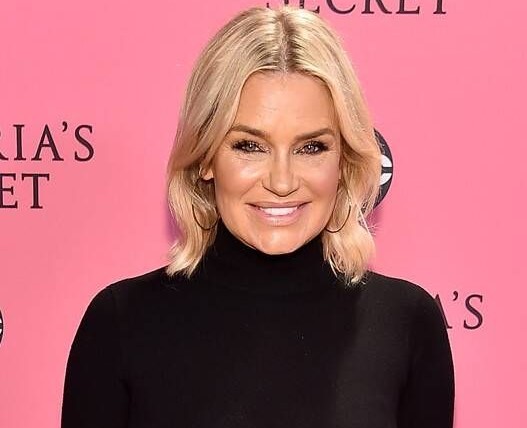 If you have watched the American Reality show, The Real Housewives of Beverly Hills, then Yolanda Hadid must not be a new name to you. The multi-talented actress is also a former model. She is also the mother of famous American twin models Gigi and Bella Hadid.

Yolanda Hadid was born as Yolanda Van Den Herik on January 11, 1964, in Paperdrecht, Netherlands. Yolanda is among the two children born to Ans van den Herik and her husband. Her father died when she was just seven years old. She has a brother, Leo. Her single mother raised her.

What is Yolanda Hadid's Relationship Status?

Yolanda Hadid is currently in a romantic relationship. Yolanda has been dating Joseph Jingoli for some time. The two started dating in early 2019. However, Yolanda had not mentioned about Joseph until August.

Yolanda took to her Instagram to post a photo of them in New York City. Joseph is a well known American investor and CEO in several companies, and the president of The Farm Team. The two can be seen attending various functions and parties.

Although Yolanda is currently in a relationship with Joseph, she has been in some famous relationship prior to this. Yolanda's relationship History starts back in the mid-1990s. Yolanda tied her knot with Mohamed Hadid in 1994.

The former couple were blessed with three children, Gigi (born 1995), Bella (born 1996), and Anwar (born 1999). All of her children have earned their name and fame on their own. Gigi is a successful model, and actress and other two Bella and Anwar are also models.

This relationship ended with a divorce soon after the birth of Anwar in 2000. However, she did not change her surname ever since.

After this first heart break, she remained single for some time. Then on November 11, 2011, she tied her knot with David Foster. David is a well known American Musician, Composer, and producer. They had engaged on Christmas Eve of 2010.

Like her first marriage, this also ended with divorce. The couple separated in December 2015. The case was officially finalized in May 2017. As of now, she is in a relationship with Joseph Jingoli.

Yolanda Hadid Net Worth and Salary

Although Yolanda made a lot of money through interior designing, modeling, and the show Real Housewives, she got a portion of wealth from her divorce settlement with her real estate developer husband.

The TV star receive $3.6 million payout plus $30,000 a month in child support; a $6 million home in Malibu; sole ownership of her design business, Hadid Interiors; a mansion in Santa Barbara, California, an Arabian horse, several bank accounts, a Range Rover and a Cadillac Escalade. She was also paid $10,000 a month in spousal support until she married Foster.

Yolanda later listed the Malibu property that she acquired from her first spouse for sale for $27.5 million in 2014. The property was sold for $19.495 million. She then bought a high-rise condo in Westwood for $4.95 million recently.

In addition, her daughters, Gigi Hadid and Isabella Khair Hadid, have become very much successful through their modeling and acting careers. They both have earned similar to her their mother's net worth in combined. Her son, Anwar, had close to $5 Million as his net worth.

Her former husband, Mohamed Hadid, has an estimated net worth of more than $200 Million. He has accumulated most of his net worth through his successful business career. He is currently in a big mess for his house in Los Angels.