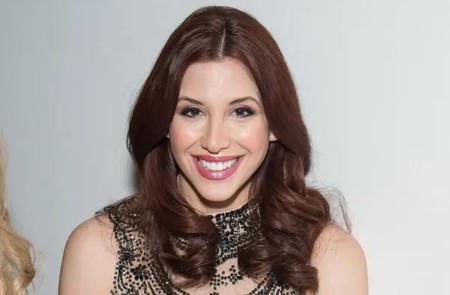 American journalist, Diana Falzone came to prominence for her reporting work at Fox News. She is also notable as the former host of Maxim magazine and Sirius XM Indie. Recently, she appeared in the news talk show, Celebrity Page in 2018.

Falzone and her parents moved to New Jersey township of West Milford where she spent her childhood. She enrolled in a private research university, The New School in 2002. Later, she graduated with bachelors in psychology degree in 2005.

Diana Falzone started her career as a journalist for the American short news mini-series, That's So New York in 2005. Later, she appeared in the short documentary, The Sopranos: A Sitdown in 2007.

Falzone made her appearance in the television news series, Attack of the Show! From 2010 to 2011. She also served as a contributor in the news talk show, Fox and Friends from 2013 to 2014 with Mike Jerrick and Edith Ann Hill. Likewise, her other television works are Hannity, Red Eye w/Tom Shillue, etc.

Diana Falzone filed a lawsuit against Fox News in New York State Supreme Court affirming gender and disability discrimination on May 2017. Moreover, Falzone also proclaimed that she was banned from taking part in on-air activities at Fox News.

She wrote an article on the Fox News website where she said,

"It was just days after my 33rd birthday when my doctor delivered the worst news of my life: I will likely never have a child and fulfill my greatest wish of being a mother.... When hit with the news that I am infertile, I could not stop crying. And not only was it very unlikely I’d ever conceive, my health was in jeopardy."

Falzone implied that she filed a formal complaint of discrimination through the 21st Century Fox hotline. However, the Fox news declined to put her back on the air or otherwise redress regarding Falzone's infertility, detracted from her sex plead and made her less sensible in the eyes of the male-dominated senior management of Fox News.

In Falzone's complaint, Fox News Co-President, Bill Shine was also included. Later, she resigned from his position at Fox News in May 2017. Diane also left their employment after the settlement with Fox News on 8th March 2018.

Diana Falzone reported that she had found a proof that Trump was in a sexual relationship with an adult film actress, Stephanie Clifford (also known as Stormy Daniels). But, the details about Donald Trump were hidden during the 2016 presidential election.

On 14th March 2019, NBC News reported Falzone is preparing to tell Congress about the allegations that the Fox News tried to stop her from reporting on the Stormy Daniels controversies. Later, her lawyer proclaimed that her client would obey with the committee request, stating that a government inquiry about Trump's non-disclosure agreement (NDA).

Reportedly, Diana Falzone isn't married and has no husband until now. But, she was in a romantic relationship with an American actor, Anthony Michael Hall in 2009.

The couple had their first encounter on the set of How Not to Date a Loser in 2008.

After spending quality time together, the duo became friends and began to share their company. Soon after they expressed their love and became lovers in 2009. However, they ended their relationship due to some misunderstandings.

Blessed with a son

Diana Falzone announced that she is going to welcome her first child as a son via her Instagram account on 1st March 2018. Later, she gave birth to an adorable son on 5th August 2018. However, the identity of her child's father is currently under review.

Falzone is happily raising her child as a single mother. Recently, she posted a picture on her Instagram spending her time with her son and her friend, Coco on 25th August 2019.

Currently, she resides in New York, New York, with her family.

Diana Falzone is earning a hefty sum of fortune from her notable works. So, she makes an impressive salary in the range of $300 Thousand to $450 Thousand per year.

Falzone's net worth is assumed to be around $1 Million as of 2019. Having a lucrative bank balance, she also makes a handsome wealth from her other works which include advertisement, hosting shows, etc.

Currently, she is living a luxurious life relishing fruitful money from her profession.