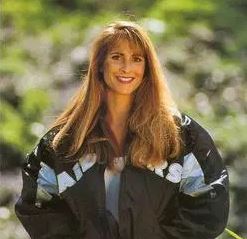 Some people are so fortunate because of getting love and fame at the same time. Diane Addonizo is one of those personalities who is currently relishing her marital life with Howie Long.

Pro Football Hall of Famer, Howie Long has a very successful NFL career alongside that he has a very wonderful personal life. Let's check out the relationship between him and her longtime lover, wife, Diane Addonizio.

It is no strange that the couple is one of the longest-running couples. Well, the duo's romantic relationship all started in Villanova University where they were both studying classical studies.

Though Howie was one year senior to Diane, they enjoy each other company. Within a month, they started falling for one another and their first date took place in Howie's place. After enjoying their University life together, the couple decided to take their relationship one step further.

The adorable couple exchanged their wedding vows on 27th June 1982. For the ceremony, the couple's family and friends were seen as a guest. And lots of NFL players and managers were also seen they're to congratulate the newly-wed couples.

As of now, the couple is married for more than thirty-seven-years and is still enjoying blissful marital life. It seems like the duo is going to enjoy their togetherness for a lifetime.

Diane as being lovely mother and grandmother

With so much long relationship with her fellow life partner, the couple is blessed with the three beautiful sons, Chris Long, Kyle Long, Howard Long, Jr. As a matter of fact, all three sons are one of the known personalities and have followed their father's footsteps.

Their elder son, Chris married to Megan O' Malley from which they are blessed with two grandchildren, Waylon James Long and Luke Redding Long. Both Mr. and Mrs. long often travel to visit their grandchildren and spends some quality time. Similarly, their other two sons are also engaged with the NFL and are struggling to reach their father's height.

Diane supports her sons in their football games and has also taken part in a panel discussion organized at the Walter Payton Center. Furthermore, the whole Long family often visit each other's house in their weekend and travels various places together.

Regarding her husband, after retirement, he served as a studio analyst for the Fox Network's NFL coverage alongside Terry Bradshaw

How is Theodora Holmes and Troy Polamalu's Married Life?