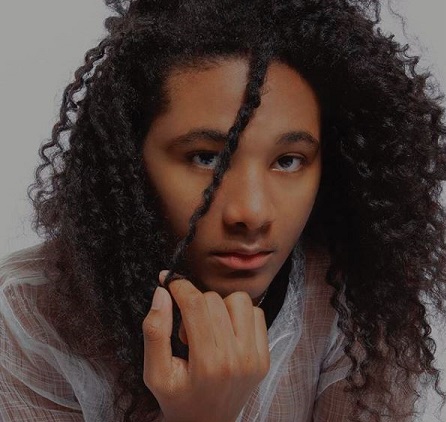 American celebrity kid, Diezel Ky Braxton-Lewis gained fame after his birth. He is the best known as the youngest son of former musician couple, Toni Braxton and her divorced husband, Keri Lewis. Well, his mother Toni is regarded as one of the top-selling female R&B artists of the 1990s decade.

He was born on March 31, 2003, in Atlanta, Georgia, United States. But he was diagnosed with autism from the age of 3 until 13. Further, he has a big brother Denim Cole Braxton Lewis, born on December 2, 2001. His maternal grandparents are Evelyn Braxton and Michael Conrad Braxton. So far, he holds American citizenship and belongs to the African American ethnicity.

Well, the answer is no. At the present time, Braxton-Lewis, the 17 years old is not engaged in any dating games. Still, he is quite busy spending time with his family members.

On the other hand, his mom, Grammy-winning singer Toni and Lewis are no longer together. The former couple first met on a tour of Keri's group, Mint Condition, and started dating in February 2000. After a year, they finally exchanged the wedding vows on April 21, 2001, in a private ceremony.

Braxton Family Values' star has done an abortion in her early 30s after welcoming her two sons, Diezel and Deni with then-boyfriend Lewis, 49. But they announced the couple are separated in November 2009. Their divorce was finalized on July 25, 2015, after being married for 12 years.

Mother, Toni Got Engaged to Rapper Birdman in 2018

Yes, the mother of two, Braxton, aged 52 is set to get married again. American singer, Toni Michele and her rapper boyfriend, Birdman announced their engagement in February 2018 on her reality TV show, Braxton Family Values after dating for two years.

Birdman popped out the question to Toni with the $1 Million cushion-cut yellow diamond ring containing her halo-style. But TMZ reported that the Un-Break My Heart's singer has lost her $2.5 million jewellery items on a plane including her engagement ring in July 2019.

But the engaged couple announced that they were separated in January 2019. But again both of them stated that the two were still together in April 2019.

Well, 6 feet tall, Diezel made his screen debut with the movie Twist of Faith in 2013. Not only this but she has established himself as a model in the modelling industry. So his net worth is valued at $300 thousand.

Further, Braxton-Lewis is signed with one of the world's leading modelling agency, Wilhelmina Models. Currently, he often shows off his modelling gigs through the Instagram post for various agencies, LA-based Maverick Agency and few others.

Meanwhile, his mother, Toni has a net value of $10 million as of early 2020. She has amassed her fortune throughout her career as a singer,  songwriter, record producer, TV personality, and actress. Over her career, she has sold more than 67 million records worldwide, including 41 million albums.