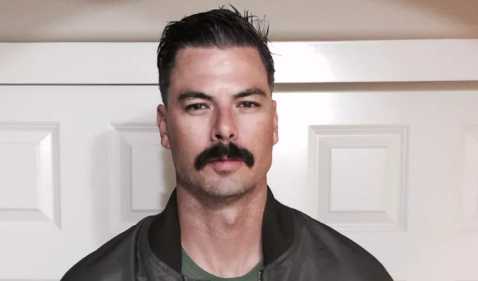 Guy Beahm aka Dr. Disrespect is a mainstream American online gamer and Twitch celebrity with around 2.2 million followers on Twitch.tv as well as more than 1 million subscribers on his YouTube channel. He streams shooters on H1Z1: King of the Kills and Fortnite on his Twitch account and streams live several times a week for 8 to 10 hours on his YouTube channel.

Born on March 10, 1982, in the United States, his popularity is mostly because of his signature look where his iconic combination of sunglasses, a mullet wig, and a Classic mustache is driving his fans crazy.

He graduated from California State Polytechnic University, Pomona in 2005. Shortly after graduation, he started working at Sledgehammer Games as a community manager and became a level designer in 2012. Check out who is he married to?

There is not much about Dr. Disrespect's marital status due to secretarial life. However, we do know that he is married to Ms. Assassin and her spouse's real name and information are also hidden from the public.

The couple walked down the aisle in 2013. There is no report regarding his wedding ceremony but currently, the love birds live in a suburb area of California where they are raising their daughter Alana.

Together Dr. Disrespect and Ms. Assassin is busy to give a bright future to their adorable daughter Alana who was born on 2015 but heir marriage life was not wonderful as today, keep scrolling to know more.

Everyone loves doc due to his persona but back in 2017 he self-proclaimed that he is cheating on his wife and he is guilty of his spouse misery. He uploaded a video in a website where he said,

In his video, he also stated that he has been secretly dating 4 different women for the past 2 years, After uploading the videos he took a leave from his streaming and gaming career. literally, their marriage life was on the verge of separation, possibly divorce but after a while, he made his come back and currently lives with his wife peacefully.

What Happened To His Second Child?

Recently, many of his fans are investing a lot about his family life, his fans foreseeing the upcoming news of the Doc's the second child with his wife, Ms. Assassin. Things go wild on June 13th, when a viewer asked if they could expect a gender reveal of the child. In return, Doc decided to break the tough news to his fans by stating,

He went on to say he's got a lot of questions regarding the current baby and he even apologized to his fans for giving them the terrible news.

The mainstream gamer has an estimated net worth of $400,000 as per 2020. Similarly, Youtube gamer Ghost Aydan has a net worth of $200,000. Most of the Doc income generated from his Youtube channel where he got 1.5 million and generally, YouTubers who have 1 million-plus subscriber earns $40,000 to $50,000 annually. Perhaps he is also earning in the same range.

Besides, his gaming career, he received an enormous amount of money through brand advertising just like another gamer Jordan Maron. He got sponsorship deals with brands like Gillette, ASUS Razer and G Fuel where he must be gaining thousands of dollars.