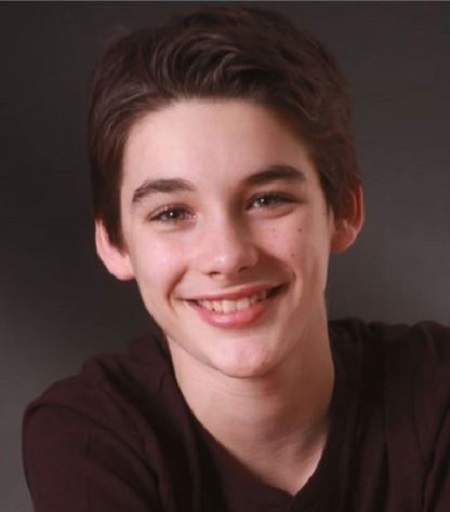 If you keep watching Netflix series then you must be watched 2018's mystery series A Series of Unfortunate Events? Then you are familiar with the character Duncan and Quigley Quagmire, played by Canadian teenage actor Dylan Kingwell.

Also, he is famous for playing the recurring role Steve Murphy / Evan Gallico in the ABC drama series The Good Doctor from 2017 to 2020. Let's take a little sneak peek about his personal life in the following sections.

Is Dylan Kingwell Having any Relationship Affair?

The soap opera actor Dylan who is 165 cm tall has not disclosed clearly anything regarding his personal life. So it is still not known whether or not he is dating anyone at the current moment.

However, if we scroll his Instagram account, Kingwell mostly keeps posting cosy pictures with a girl whose name is Lola Flanery. Not only him but Lola also frequently upload images with him on her IG page. Recently on October 13 2020, the two shares hugging pictures with the same caption on their respective accounts.

So fans are speculating that these cute pair are dating each other. But Dylan has not mentioned her as her girlfriend on any post to date. Also, he has not made any official announcement about his affair. So without their confirmation, we can't conclude them as a couple.

Working for a decade in the entertainment industry, Dylan Kingwell must be earning a pretty amount of money. So his appearances in films and TV series helped him to grab popularity and fame. As of early 2020, his net worth is estimated more than $500 thousand.

The annual income salary of an actor/actress is around $60,000. So, Kingwell might be earning approximately $50,000 per year as a prominent actor. So, he is undoubtedly living a lavish lifestyle with all of his earnings and luck that he expands.

The 16 years old actor, Dylan kicked off his career in 2011 by appearing in the comedy film To The Mat as Jordy Junior. Then he got a chance to plays various roles in TV series such as The Tomorrow People, The Returned, Supernatural and Escape from Mr. Lemoncello's Library.

In 2017, he grabbed people attention by portraying the role of Duncan / Quigley Quagmire in A Series of Unfortunate Events on Netflix in the second season. He shared the screen with many actors such as Neil Patrick Harris, Patrick Warburton, and Louis Hynes.

From 2017 to 2019, he starred as Steve Murphy / Evan Gallico on the ABC television series The Good Doctor, starring Nicholas Gonzalez. The show was produced by Daniel Dae Kim. His recent shows are The Baby-Sitters Club and The 100.

On the other hand, Kingwell made his film debut with the film The Young and Prodigious T.S. Spivet starring as Little Boy in 2013. Also, he made appearances in two films named Big Eyes and Soldiers of Earth.

Dylan was born on July 6, 2004, in Vancouver, Canada. But his parents' name is still under the wraps. Moreover, he has two siblings an older sister Kayla Kingwell and younger sister Adysson Kingwell.

Kingwell holds Canadian citizenship and belongs to the white ethnicity. Regarding his education qualification, he is under graduate.