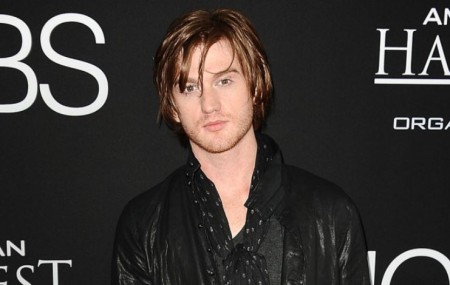 The 2006 Young Artist Award nominee, Eddie Hassell died on November 1, 2020, after being fatally shot in the stomach. He was 30. Hassell was best known for appearing in the television series, Surface as Phil Nance. Besides, he was an author as well.

Eddie Hassell was born on July 16, 1990, as Ed Taylor Hassell in Corsicana, Texas, the United States. His father is David Hassell, while his mother is Sandra Hassell. Eddie grew up developing an interest in skating, horse riding and acting.

The 30-year-old actor was in a romantic relationship with his girlfriend, Elizabeth Martin, who works as a make-up artist. Elizabeth was an associate producer and key make-up artist on the 2017 movie Bomb City, where Hassell appeared as Oles. Besides, she is a musician as well.

The details about Eddie and Elizabeth's dating history is not available. Further, they were not married too. Unfortunately, Eddie was shot outside Martin's apartment in Grand Praire. Remembering her late boyfriend, Martin wrote a heartful message via social media.

Elizabeth wrote: "You were dearer to me than all the bats in all the caves in the world, @eddie_hassell. I loved you more than the sky in Texas. You made me more mad than anyone I’ve ever met, and I loved every ounce of you for it. Rest In Peace. You’ll always have my heart."

The Surface actor, Eddie Hassell had an estimated net worth of $800,000 at the time of his death. He amassed a decent wealth from his acting career on films and television shows. As per reports, Hassell's per episode salary was somewhere between $38,000-$48,673.

Eddie moved to Los Angeles at 11 and began his acting career at 13. Until the time of his death, Eddie spent 14 years in the entertainment industry. Additionally, he had big projects lined up. Apart from big and small screens, Hassell also appeared in commercials. He was an author of a book called, "Someone should tell you."

Some of the movies in which Hassell worked made an excellent revenue at the Box-Office. Here, take a look:

The time was 1:50 a.m. in the morning when Eddie Hassell was shot multiple times in a random robbery. He died from wounds due to injury and was pronounced dead on November 1, 2020. A Texas teenager named, D'Jon Antone has been arrested and is being held on capital murder charges.

Hassell was outside his girlfriend's apartment and when police arrived they discovered him at the scene. Several actors paid tribute to Hassell on social media. His co-actor, Mark Ruffalo from the 2010 movie, The Kids Are All Right paid tribute to him. Like Hassell, another renowned rock singer, Nikki McKibbin also died on November 1.

The rising actor made his television debut with the 2004 sitcom, Oliver Beene. His most memorable television role was of Phil Nance on the hit science-fiction tv show, Surface. Hassell earned a nomination at the Young Artist Award in 2006 for his role.