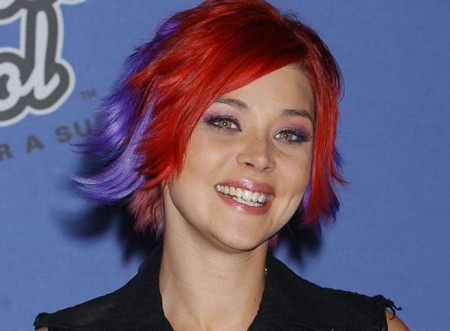 Former American Idol contestant, Nikki McKibbin is no more with us. She was an American rock music singer-songwriter who appeared in the first season of reality tv series, American Idol. McKibbin who finished third on the talent show suffered from a brain aneurysm on October 28, 2020. Unfortunately, she died on November 1, 2020, at age 42.

Nikki was born as Katherine Nicole McKibbin on September 28, 1978, in Texas, the United States. Her father's name is Keith. She first rose to fame after finishing in third place of American Idol behind Justin Guarini and winner Kelly Clarkson.

Nikki McKibbin was a Married Woman!

McKibbin was a happily married woman who tied her knot with Craig Michael Sadler on July 15, 2007. They were old-time friends who later reunited. Despite they were married for a long time not much is known about Nikki's husband. However, Craig is also a rock music lover like his late wife. Nikki was previously married to Joshua David Ozment from July 2001 to 2002.

Nikki had a son Tristen Cole Langley who was born in 1998 from her previous relationship. She raised him as a single mother. At 15, Tristen auditioned for the season 13 of American Idol accompanied by his mom. Likewise, Nikki also had a granddaughter, Letti Alyssa who is six years old as of now. Looking at Nikki's Instagram account, we found that she had a stepdaughter named, Carlie.

The Unleashed singer had amassed a decent wealth from her professional career. At the time of her death, McKibbin had a net worth of $400,000. After American Idol, Nikki signed with 19 Management and RCA records who pursued her to do a country album. However, Nikki always put out rock songs for her fans and had creative differences with the record labels.

McKibbin ran a karaoke company called, Angelfire Productions for a short time. Also, she joined the Dallas rock band called, Downside in 2005 and left the same year. Nikki released her debut album, Unleashed in May 2007.

Further, Nikki made some decent earnings from tours and gig shows. Besides, she made frequent television appearances as well. She was also a teacher who gave vocal and performance lessons for children in Forth Worth, Texas.

While she was on American Idol, Nikki won thousands of hearts with her performances like Stevie Nick's song, Seventeen, Bonnie Tyler's Total Eclipse of the Heart and Alannah Myles' Black Velvet. She was eliminated in the Judges' Choice.

Nikki McKibbin suffered from a brain aneurysm and was taken to hospital on October 28 2020. On November 1, 2020, she was taken off life support and was pronounced dead. Following his wife's death, Craig posted a heartfelt message via social media.

Further, American Idol paid tribute to Nikki via Twitter stating: "Nikki McKibbin was an incredible talent and we are deeply saddened by the news of her passing. She was part of our American Idol family and will be truly missed. Our hearts and prayers go out to her family and friends during this difficult time."