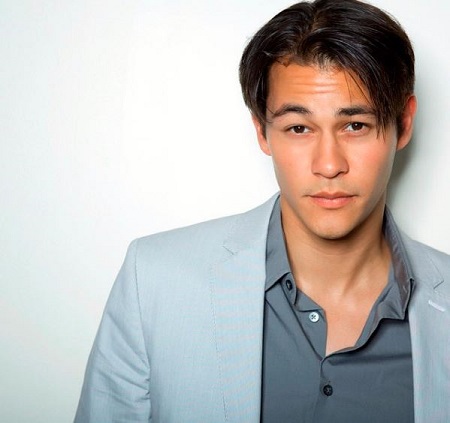 Emilio Vitolo is an American skilled chef Emilio who grabbed people's attention when he started dating famous American actress Katie Holmes. He is famous for working on The Genesis Project (2014), The Birthday Cake (2020) and The Right to Live (2017).

Apart from the chef, he has worked as a guest in shows like Royal Pains and Inside Amy Schumer. On the other hand, Katie is popular for her leading role Joey Potter on the TV series Dawson's Creek (1998–2003) in all 128 episodes.

Yes, the LA-based chef Emilio, 33, and actress Katie, 41, has confirmed their relationship openly. On September 07, 2020, they were seen passionately locked lips at Peasant Restaurant in Manhattan on Sunday night.

On Tuesday night, the new pair had previously spotted grabbing dinner together on a steamy date at SoHo. But TMZ TMZ captured them for the first time, on September 4, while having dinner at the Antique Garage Mediterranean restaurant in Manhattan.

At the current time, it is still unclear when they actually started dating. It seems that have known each other following Holmes' spilt from ex-boyfriend Jamie Foxx in the last year 2019. They enjoyed their love romance for about 6 years.

His Partner, Katie is a Divorced Woman

Yes, the 1.75 m tall director was previously married to one of the highest-paid actors in the world. He is one other than Tom Cruise who is a renowned actor and producer in the film industry.

The lovebirds made their relationship public in April 2005 and became engaged in June 2005, only seven weeks after the meeting. Then they welcomed their daughter Suri Cruise on 18 April 2006 on the same date of their first anniversary.

On November 18, 2006, they tied the knot at the 15th-century Odescalchi Castle in Bracciano, Italy. Their Scientologist ceremony was attended by many Hollywood stars. But the day before, they already had officialized their marriage in Los Angeles.

Katie and Tom Were Separated In 2012

After five and a half years of wedding, the Dawson's Creek star filed for divorce on 29, 2012. Behind her divorce paper filling, she had a reason as she wanted to protect her daughter Suri from the controversial religion that he practices.

On July 9, 2012, the duo signed a divorce settlement having custody of their daughter. As per their paper, Cruise has to pay Katie $400,000 per year in child support until the year 2024.

Previously Katie was once engaged to Chris Klein, an American actor from 2003 until 2005.

Meanwhile, Emilio Vitolo has enjoys the estimated net worth of $500 thousand. His primary source of income is his chef career. Since the early 90s, he has been working on his family restaurant Emilio’s Ballato in SoHo.

On the other hand, his partner Katie has a staggering net worth of $25 million. She has accumulated her total fortune from her career as an actress, producer, model, and director. For her salary, she earned about $30,000 per episode from Dawson's Creek all episodes. But at her peak, she made $175,000 per episode.

The celebrity boyfriend, Vitolo's age is 33 as of 2020. But his actual birth date is not known to the media. Born in Los Angeles, he holds American citizenship and is of Italian and Peruvian descent.

His father's name is Emilio Vitolo Sr. while his mother's name is
Bellissimi Vitolo. Further, he has two adults brothers including Anthony Vitolo.