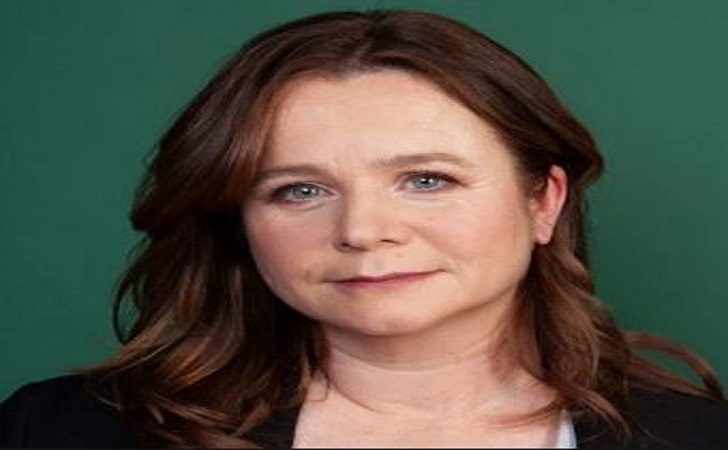 Emily Watson is a British actress who was nominated for the Academy Award for Best Actress for her role as Bess McNeil in Lars Von Trier's Breaking the Waves and for her role in Hilary and Jackie as Jacqueline du Pre. Moreover, her portrayed movies as well as the role has been nominated and even won several honors and award titles.

Beginning career as a stage actress with the Royal Shakespeare Company in 1992, Watson has skyrocketed her career to the leading Hollywood personality at present. So far, she is a happily married woman.

Happily Married to the Actor for 24 years

Emily is happily married to actor Jack Waters. She met Jack back in 1994 at the Royal Shakespeare Company where she got her first professional job. After dating for a year the couple tied the wedding knot in 1995 which means now they are celebrating their 24th anniversary.

The loving pair appeared together in the 1997 movie The Boxer where Emily was the main character while Jack played the role of Soldier on Roof. As of now, they seem happy with each other and there is no sign of any separation.

Blessed with the Two Children

The 24 years long marriage made them a guardian of two children. They welcomed their first child daughter in 2005 and named her Juliet. Being a huge fan of Shakespeare, Emily and Jack named their daughter's name after Shakespeare's book, Romeo and Juliet.

Later in the year 2009, the couple welcomed their second child son and name him Dylan Watson. He is currently ten years old. The couple is busy pampering their children. In an interview with The Wall Street Journal, she stated that weekends are all about the kids which show that her love towards the children. Currently, the couple and two children are residing in Greenwich, London.

Emily as an Actress

Director Lars von Trier chose her to his movie Breaking the Waves, in 1996 after Helena Bonham Carter dropped out which was the debut film of Emily. That character leads her to win multiples award. Watson plays the role of cellist Jacqueline du Pre in Hilary and Jackie, for which she learned to play the cello in three months.

In Cradle Will Rock, she played the leading role. She appeared with John Turturro in The Luzhin Defence and Gosford Park in 2001. From 2001 to 2015 she has appeared in numerous movies playing different characters.

Which includes the hit film like; Red Dragon, The life and Death of Peter Sellers, War Horse, Appropriate Adult, The Book Thief, The Theory of Everything, Chernobyl and many more films which lead her to gain numerous awards. Additionally, she has also collaborated with various talented Hollywood personalities like Stellan Skarsgard, Jared Harris and many more.

Watson and her husband Jack wrote a script Mood Indigo in 2007 which was optioned by Capitol Films. The movie was based on a love story during the Second World War where a young woman falls in love with a pilot.

Her movie Hilary and Jackie lead her to win two awards and numerous nominations. From 1999 to 2019, she has been awarded various awards for her performance in the movies as well as gained many nominations.

The Net Worth of Emily Watson

Emily Watson's net worth is estimated at $10 Million. Being in the numerous movies and winning multiple titles and awards, she has bagged good fortune to her bank account. According to the Chron, the actress in the US earns $33.82 as their hourly remuneration.

Besides that, her movie The Theory of Everything grossed a massive success worldwide earning a box office collection of $123,726,688. Hence, it is sure that she received a good paycheque from the success of the movie that she appeared.

Emily's husband Jack Waters' yearly salary starts from $200 Thousand to $250 Thousand. According to the online source, his net worth is estimated at $800 Thousand.

Besides that his feature film, The Boxer grossed $16.5 million worldwide against a production budget of $4.7Million.