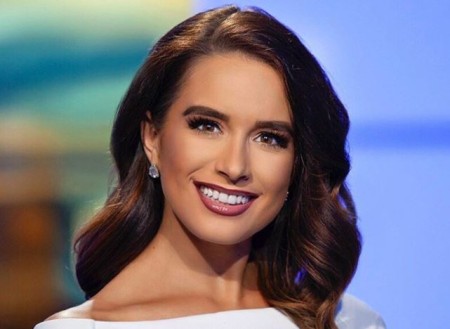 Erica Francis is an Emmy nominated journalist who currently works as a news anchor for WKRN-TV located in Nashville. Previously, she worked as a morning news reporter and midday anchor for WXMI-TV.

Francis began her journalism career in 2012 as an intern for the City of Holland TV. Additionally, she has worked for News Central 34, HOMTV 21, and several other television networks. Erica is also a recipient of several prestigious awards.

Despite being a popular face of the television news industry, Francis has kept her personal life far away from the public. She prefers not to reveal anything about her relationship status. However, it seems the lovely anchor is currently single; hence she doesn't have a boyfriend.

Francis has accomplished a lot in a short period of time. Therefore, she might be entirely focused on her career. Further, the award-winning news anchor is yet to be married. Unlike others, she often takes her mother for various events and programs.

Looking at her social media, Erica has a good relationship with her colleagues. She has multiple male friends and co-workers. However, neither of them seem to be her potential boyfriend. Well, she might tie her wedding knot soon, or she might begin a relationship.

When Erica isn’t chasing down a story, she enjoys traveling, singing, getting involved in her community, golfing, watching football, and listening to country music. Like Erica, another evening news anchor, Brittany Decker, is also single.

The WKRN news anchor, Erica Francis, has a net worth of $500,000 as of 2020. She has been working in the journalism industry for the past eight years. As a co-anchor, Francis earns an annual salary of over $82,984, which is similar to Tracy Kornet.

With a decent fortune, Erica can afford luxurious materials. She owns a beautiful Ford for her ride. Her income and earnings might increase even more in the future.

Francis is an Emmy-nominated writer and has received multiple awards. She has received a Michigan Association of Broadcasters Award and a Mark of Excellence Award from the Society of Professional Journalists. Similarly, she was named Best TV Personality by the Holland Sentinel.

Erica has covered some vital stories during her career. She traveled to the 2016 Republican National Convention in Cleveland and reported live at her Alma Mater after a student shot and killed his parents.

Erica Frances was born on October 20, 1992, in Michigan, the United States. She will soon celebrate her 28th birthday in the coming October 2020.

She graduated with a Bachelor of Applied Arts degree from Central Michigan University. However, she also spent a semester at Nanyang Technological University in Singapore studying journalism and film.