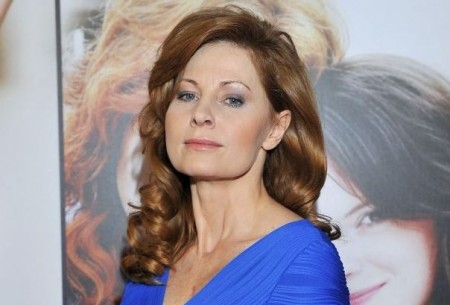 Ewa Skibinska is perhaps one of the most popular Polish actresses who is best known for First Love, Paradox, For good and for bad, etc. Having a strong background in theatre, Skibinska gained wider audiences through television and movies. Throughout her career, Ewa has won multiple prestigious awards. She recently appeared in the Netflix series, The Woods.

Skibinska was born on February 11, 1963, in Wroclaw, Dolnoslaskie, Poland. She is 57 years old as of 2020. Ewa graduated from the Acting Department of the Wroclaw branch of the State Higher Theater School Ludwik Solski in Krakow in 1986.

Ewa began her theater career while she was still a student at the Polish Theater. She debuted on the big screen with a small role of Ewa Boreczna in a melodrama, Hunger for the Heart in 1986. However, Skibinska received applause from critics and audiences for her role as Ola Watowa in a feature film, Everything that matters most in 1992.

Skibinska's popularity rose to prominence after she appeared in the TVP2 series, For good and for bad (1999-2002). From 2004-2010, Ewa played Teresa Zukowska in the drama series, First Love. She reprised her role again in 2019. Her latest acting role was in The Woods, which is the second Polish-language series produced for Netflix.

What happened to Ewa Skibinska's Relationship?

The polish actress has never been married, and currently, she is a single woman. However, Skibinska was in a romantic relationship with her private partner, Krzysztof Mieszkowski. They were considered as the most harmonious couple in the Polish show business. Unlike Skibinksa, another famous stage actress, Susan Stroman, was married to a stage director.

The couple who never married each other stayed as partners for 35 years. Their relationship started in 1982 and ended in 2017. While they were together, Ewa and Krzysztof welcomed their only daughter, Helena Mieszkowski. She was born in 1986, and like her parents, Helena works in the film industry.

So, why Ewa and Krzysztof separated after living together for over three decades? Ewa's ex-partner, Krzysztof is a Polish theater critic, journalist, and politician. He served as the director of Polski Theater from 2006-2016.

Everything was fine until Krzysztof's position as director of the Polski Theater came to an end. He became more and more involved in politics. Likewise, he also blames Ewa for the end of their solidarity. Krzysztof had a problem with Ewa's nudity, and the pair began facing more troubles.

One of the most popular Polish actresses of all time, Ewa Skibinska, has amassed a huge net worth. She is mostly recognized for her works in theatre, and later in television and films. Ewa has a net worth of $5 million as of 2020. She has been active in the entertainment industry since 1986.

The Hotel 52 actress, on average, earns an annual salary of over $82,000. As per reports, she charges a minimum of $43,000 to star in a television show. Her co-star from The Woods, Agnieszka Grochowska, has a net worth of $800,000. There is no doubt that Ewa lives a lavish lifestyle.

Talking about awards, Skibinska has won three Golden Spire Awards in 1989, 2000, and 2003. Additionally, she has won prestigious awards such as the Bronze Cross of Merit and Silver Medal for Merit to Culture - Gloria Artist.