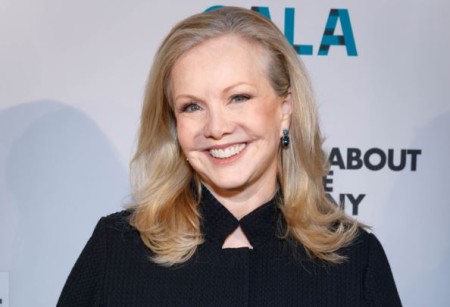 The five times Tony Award winner, Susan Stroman, is an American theatre director, performer, and choreographer. She is best known for creating musicals such as The Producers, Contact, Crazy for You, etc. The 65-year-old Stroman is one of the respected personalities in Broadway. For her impressive works in television, movies, and stages, Susan has earned numerous prestigious awards.

Susan was born on October 17, 1954, in Wilmington, Delaware, the United States to parents, Frances (mother), and Charles Harry Stroman (father). At age five, Susan began studying jazz, tap, and ballet. Also, her father was a piano player and salesman, which exposed her to music and theatre. She graduated in English from the University of Delaware.

Was married to a Stage Director

Susan's late husband, Mike Ockrent, was a British stage director who passed away in December 1999 due to leukemia. They first met while collaborating for a musical play, Crazy for You in 1992. Likewise, Susan and Mike worked together on several productions. After four years of relationship, the couple married in 1996.

Susan and Mike didn't share any children, but Mike had two kids, Natasha and Ben, from a previous marriage. Like his father, Ben Ockrent is an award-winning writer and director. He has worked in films, movies, and television such as Winds of Change, The Secrets, Joe Mistry, etc.

Susan's late husband was one of the most proficient stage directors. Mike was known for comedies such as Once a Catholic, Educating Rita, and Passion Play. Unfortunately, just after four years of marital relationship, Mike died in 1999. Since then, Susan has been living as a single woman.

Susan has won five Tony Awards and several other awards!

Susan's most notable works include Crazy for You, Contact, and The Producers. In 2004, Susan became the first woman to choreograph a full-length ballet for New York City Ballet called Double Feature. In 2018, the New York Theater Company gave Susan the Oscar Hammerstein Award for Lifetime Achievement in Musical Theater.

Susan has worked with renowned stage artists such as Lin-Manuel Miranda, who is the creator of Hamilton. He is the husband of attorney and engineer, Vanessa Nadal.

As a choreographer and stage director, Susan Stroman has built a fortune of around $5 million. Her net worth is calculated based on her yearly earnings, which is about $150,000. The average salary for a stage director is somewhere between $70,000-$86,000. However, Susan, as a professional and one of the oldest performers, earns more than her colleagues.

Stroman has been active in the entertainment industry for nearly 50 years as of 2020. Apart from stage, Susan has made appearances in films and television shows. She has choreographer several shows. There is no doubt that Stroman has a lavish lifestyle.