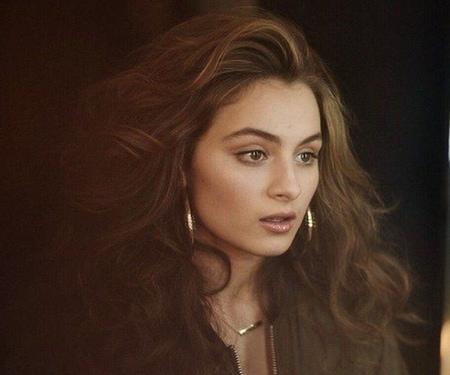 The language of physical comedy reaches everyone across the world irrespective of the language barrier. Maybe that's why everyone loves personalities like Buster Keaton, Charlie Chaplin, and Rowan Atkinson. But today we're going to know a bit more about Rowan's daughter Lily Sastry.

Recently, the 25-year-old daughter of our very own Mr. Bean broke into the mainstream industry. Her first performance in 2016 grabbed a lot of attention. And her resemblance to her father in terms of body movements is widely recognized by the people. Now, are you curious to know more about Lily? If yes, then read along.

After staying under the radar for so many years, Lily is now coming alive in the showbiz industry. Her breakout performance came in 2016, which enlisted her in the list of English actress like Emily Watson and Catherine Tate, to name a few.

Lily is yet to come out with her movie, but she is a burlesque dancer and cabaret singer. In 2016, she performed at The Pheasantry in front of a full crowd. After that, she featured in her one-woman west end show, Lily and several other music videos.

Rowan helped her finance her career in the beginning, one of the perks of having a famous father. Her latest project includes a video song called Rat in Gold, which was released in 2018.

The divorce of her parents was quite hard for her, as told by one of her close friends. Rowan tied the knot with Louise Ford after the split with Sunetra Sastry. Sometime after that, Lily dropped her father's name and now goes by her mother's maiden name, Sastry.

Lily stays tight-lipped about why she dropped her father's name. Sources close to her speculate that the father and daughter might've fallen out. Soon after that, Lily went under the radar by deleting her social media. There was no news about Lily, but suddenly, in 2017, before the release of her album, she posted a topless photo on her social media.

In an interview, Rowan talked very highly about his daughter and will very much support her career choice. So, there are no precise details on the rumors about Rowan and Lily falling out. As of now, the father-daughter duo hangs out very often.

Is she Dating Anyone?

The 25-year-old performer is currently single as per online sources. Lily keeps her personal life very private because of which it is difficult to tell whether Lily is single or not.

It looks like Lily is focused on building her career and make a name for herself rather than being Rowan's daughter. Maybe because of that, she is not focused on having a romantic life with someone special.

She has a Half-Sister in her Family

Born in 1995, Lily is the second child to Rowan and Sunetra. Her older brother Benjamin Atkinson is currently serving in the British army. He got called from the prestigious Royal Military Academy Sandhurst in 2016, to which he happily accepted.

Besides Ben, Lily also has a half-sister in her family. She became an older sister to Isla Atkinson after her birth in December 2017. Isla is the daughter of Rowan and Louise Ford.