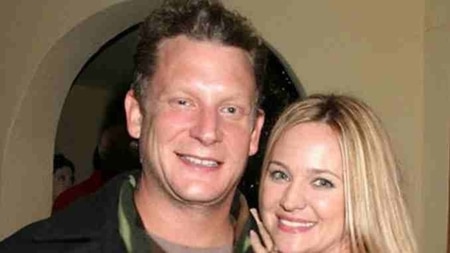 The union which saw full joy and promise between Sandy Corzine and Sharon Case ended in a sour note in 2009. Sandy, despite being a well-known businessman, he gained a lot of popularity after getting into the relationship with actress Sharon Case.

The businessman, however, has kept himself away from the media, but Sharon, after some years of divorce, opened up about the experience. In the article below, we're going to know more about Sandy, and if you want to know about him too, then read along.

It was the year 2007, Sharon and Sandy Corzine eloped in the beautiful country, Mexico. The couple exchanged wedding vows with each other and promised to stay by each others' side till the end.

For the ceremony, their friends and family were not there as the pair fled. The hotel they were staying in threw them a lovely celebration where they were pronounced husband and wife. Even after returning to Los Angeles after the secret nuptials, Sharon and Sandy did not try to throw a reception party to their family and friends.

The wedding with Sandy was Sharon's second. As per the online sources, Case tied the knot in 1988, but no one has any idea as to who the guy was or for how long the couple was in a marital relationship.

After the secret nuptials, Sharon and Sandy managed to survive their marriage for at least three years legally. The year 2009, became horrible for the pair as they parted ways with each other.

Sandy's much talked Divorce with Sharon

In an interview a couple of years after the divorce, Sharon revealed the reason for the divorce. As per her, the problems in their marriage started within six months to their wedding. The pair, however, continued their relationship in high hopes that everything will be better with time.

Unfortunately, that didn't happen, and the pair decided to part ways in 2009. Sources close to Sharon reveals that she was devastated and went through a difficult emotional time. Some of her friends also suggested that the pair should have a baby as it might make things better between them.

Sharon did not want to try that path as she tried to be a mother in a peaceful environment. The pair did everything that they can and hold onto all the last pieces until they ran out of all the options. After the divorce, both of them have still not settled down. There was a rumor that Sharon is dating American country singer Jimmy Wayne, but there was no confirmation about it.

Sandy is a Prolific Businessman

Corzine is a very well known personality in the business field. According to his LinkedIn page, Sandy is working as the President at Nancy Corzine. But apart from that, nothing significant is provided on the American businessman.

According to online sources, the strategies he used in his company is very significant in the business field. On the other hand, his former wife, Sharon, is very notable as an actress from The Young and The Restless TV shows. In the show, she plays the character, Sharon Newman.

She features alongside the actors like Natalie Compagno, Peter Bergman, Sasha Calle, and Bryton James, to name a few. Besides that, she also designs the jewelry and sells it on QVC.

Fact You Should Know About Mikki Padilla