Home gossip Fact You Should Know About Julie Dorenbos

Fact You Should Know About Julie Dorenbos 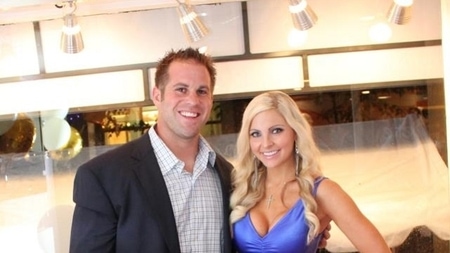 One of the quick ways to get famous is to marry someone very famous. Julie Dorenbos, who is now a successful businesswoman, found her fame after walking down the aisle with American footballer-turned-magician Jon Dorenbos.

Though the marital relationship between Jon and Julie is a thing of the past, the couple is still good friends. The former couple has moved on from each other and found love elsewhere. Find out more of such interesting facts about Jon's ex-wife Julie.

With a decent net worth, Julie is making the right investments by creating a portfolio of her income. One of her investments is her Tanning business. Julie co-owns the tanning saloon The Skin Palette together with Brent Celek's wife, Susie Celek.

Though there is no precise information about her earning from the business, she makes a decent revenue from her tanning salon. The tanning salon looks like a dream business for her.

Going back in time to 2012, Julie painted her full body. She might've done this for various purposes, but the exact reason is still not disclosed.

Julie got Lovestruck at an Event

It was the year 2010 when Jon shared his story in front of a mass during a corporate event in Philadelphia. At the event, Julie listened to his story and instantly was touched and impressed.

Right then and there, Julie fell in love with such a charismatic man, and she sent an email. Jon read her email and replied to her by sending a dinner invitation. The rest is history after that as the couple walked down the aisle in a magic-themed wedding.

In front of 250 guests, the lovely pair exchanged their vows, which they wrote for each other. America's Got Talent contestant then took his then-wife to Jamaica for their honeymoon.

Has she Found Love Again?

All the promises Julie and Jon made to each other, went down the drain in 2015, when the pair went their separate ways. The couple filed for divorce, but the exact reason for the split is still intact.

The pair only cited irreconcilable differences as the cause to end their happy marriage. During the same year, Jon fell in love with a casino executive, Annalise Dale. Dale and Jon tied the knot 2017, on the beach of Mexico after two years of dating.

Julie, on the other hand, went off the radar. There is a lot of speculation about her relationship status, but as per many online reports, we can tell that the businesswoman is single. As of now, Julie and her business partner are working hard to take their saloon to the next level, and maybe because of that, she could not find time to go out on a date.

Before The Skin Palette, She wore many hats

Now, Julie runs a successful business, but it was not like this always. She gained a lot of experience by working in many jobs before The Skin Palette happened to her.

During her early years, she worked as a development manager at the ING USA Annuity and Life Insurance Company. Not just that, she also contributed her skill at Safe Harbor Financial and also co-hosted The Great Sports Debate on Comcast.

As of now, Julie is also a fashion blogger apart from tanning business.