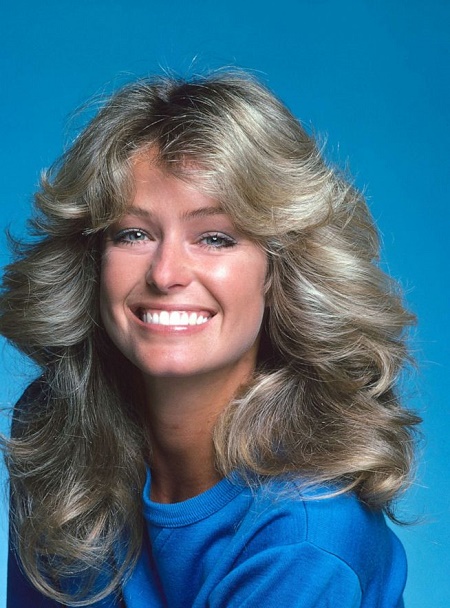 Farrah Fawcett, a late American actress, fashion model, and artist, who landed in the film industry in 1968 at the age of 21 by signing a $ 350-week contract with Screen Gems. She gained fame for her character as Jill Monroe on American crime drama TV series Charlie's Angels from 1976–1980. She is a five-time nominee for the Primetime Emmy Award, and a six-time nominee for the Golden Globe Award.

Who Was Farrah Fawcett's Husband?

Well, The Six Million Dollar Man star had been married once in her entire life. In the late 1960s, she started dating a Lee Majors, whom she married from 1973 to 1982. But, they had no offsprings from their nine-year of marriage.

Following the divorce, the iconic Playboy model began dating actor and notorious womanizer Ryan O'Neal, with whom she had a son, Redmond James Fawcett O'Neal, in 1985. However, after she caught him in bed with actress Leslie Stefanson in 1997 the pair ended their love affair.

After splitting with O'Neal in 1997, she became romantically involved with Canadian filmmaker James Orr from  1997 to 1998. Orr was arrested and charged in January 1998 for physically attacking Fawcett during a fight in 1998. Then, in 1998, she began a new relationship with Greg Lott, a former UT classmate.

Gregg says they rekindled their love and had a "loving romance" before she died in 2009. He said Ryan kept him from seeing Fawcett in her final moments. "He kept me from seeing the love of my life until she died," he told sources. She left nothing to Ryan in Fawcett's living trust but left $100,000 for Lott.

Farrah Fawcett had an impressive net worth of $20 million at the time of her death in 2009. She made that heavy amount throughout her nearly four-decade of professional career as an actress and artist. Until her death, she had starred in many TV series and movies as well as. Similarly, Lizzy Caplan and Loni Anderson are famous artists who earned a huge amount from their acting gigs.

Before her death, Fawcett left all of her artwork to the University of Texas and Farrah Fawcett Foundation with some assets. But, she left most of her personal wealth, to her son Redmond, $4.5 million. She also left $500,000 to her father James, $500,000 to her nephew Gregory Walls and her college boyfriend Gregory $100,000.

How Old Was Farrah at The Time of Death?