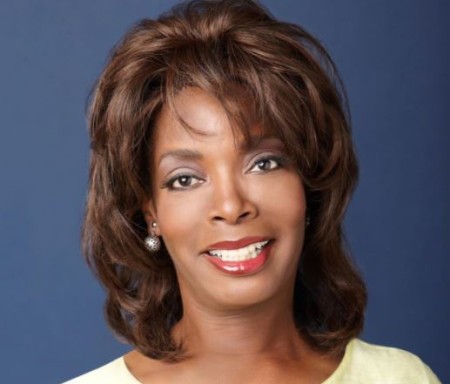 Gayle Anderson is an award-winning American journalist who is currently working as a reporter, anchor, and producer at KTLA 5 News. She has been working for the CW-affiliated station since 1993. Gayle is famous among her viewers because of her reporting on unique and exciting stories in Southern California. To date, she has received 16 Emmy Awards.

Anderson was born on February 11, but her exact birth year is not known. She hasn't revealed any information about her family background and early life. Talking about her age, she might be in her mid-40s.

People who are engaged in media professions have difficulty maintaining their privacy on daily life. However, Gayle has successfully managed to keep her personal life behind the spotlight. She is not married, as we know, and she is not dating either. Anderson might have been in a few relationships in the past.

At present, the beautiful reporter neither has a boyfriend nor a husband in her life. She has two pet dogs, Daniel and Dahlia, whom she calls her children. As per Gayle, Daniel is a pomeranian who sometimes behaves like an Australian Shepherd, while Dahlia is a mixed-breed Chihuahua.

Anderson is focused on her professional career. With a stunning height of 6 feet, she looks incredibly gorgeous on and off-screen. It is a bit shocking to see such a lady being single till now. Maybe she hasn't found a perfect partner, well, who knows? Unlike Anderson, another KTLA reporter, Lauren Lyster, has a joyful married life.

The KTLA News anchor and producer, Gayle Anderson, hold an estimated net worth of $2 million as of 2020. As a morning news anchor, her annual salary is over $94,232. Besides, she is a  producer who owns a production company called Gaylefriends production company.

The average salary for anchors/reporters at KTLA 5 ranges somewhere between $48,921-$123,221 per year. Cher Calvin also has a net worth over a million dollars.

Throu8ghout her career, Anderson has won numerous prestigious awards. She also believes in giving back to the community. Gayle actively participates in various charitable programs for the American Cancer Society, the Hirschberg Pancreatic Foundation, the American Diabetes Association, the Arthritis Foundation.

Gayle takes part in several literacy and education programs, including the Los Angeles Library Foundation. Further, she trains for bike marathons to raise money for charities.

Gayle began her carer as a field producer of the National Black Network and ABC-TV in the early 1980s. She has worked for radio stations, including ABC, NBC, WDRC-AM, WKND-AM, and WWCO-AM.

By covering unique stories on KTLA, Anderson has won 16 Emmy awards. One of the memorable coverage was her reporting of Michael Jackson's death in 2009. Similarly, she received the 1987 Young Black Achievers Award. Further, in 1990, the Houston Leadership Association named her Leader of the Year.

In 2001, Gayle as a best reporter, won the Radio & Television News Association of Southern California’s Golden Mike Award. One year later, she was selected to carry the Olympic torch for the 2002 Winter Olympics.

Gayle has a strong enthusiasm for art, and she often covers stories on artists across the states. She is also an art collector, and she belongs to several museums, including the California African American Museum, the Los Angeles County Museum of Art, the Autry National Center.

Some of the other museums are the Pacific Asia Museum, the Pasadena Museum of Art, the California Science Center, the Los Angeles County Museum of Natural History.