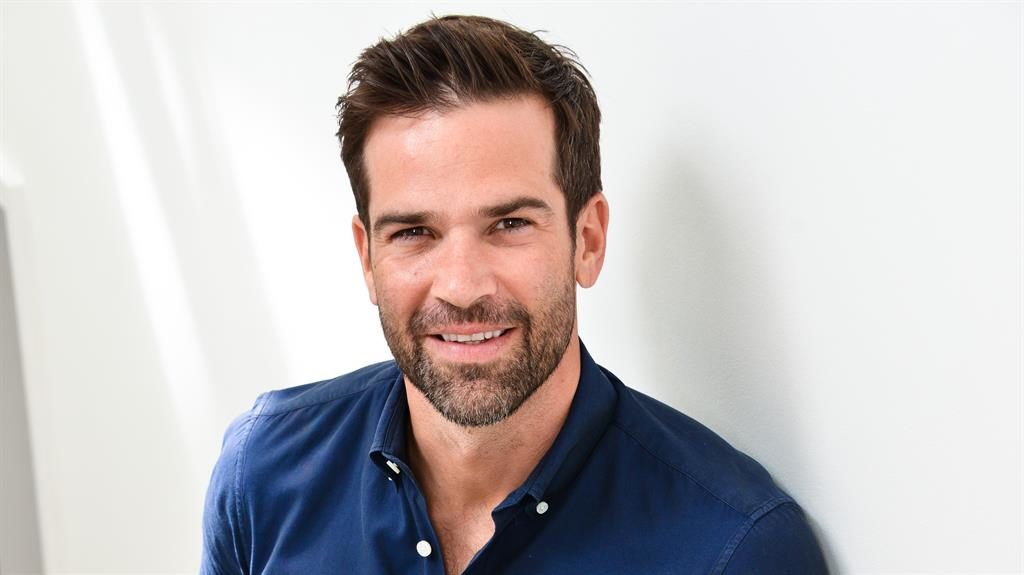 One of the famous multi-talented personalities, Gethin Jones is a Welsh television presenter and actor. He rose to fame after presenting the BBC's children's program, Blue Peter. Likewise, he is also known for his acting roles on Hunky Dory (2011) and The Boat Race.

Not to mention, he has won the hearts of millions of fans and followers by his outstanding acting skills as well as presenting skills. Whatsoever, people are more curious to know about his personal life as of now. So, let's take a sneak peek in his love life.

Well, the answer is no. For now, the 41 years old actor is a single man as of now. For now, he is enjoying his sole livelihood to the fullest and searching for a perfect partner as he is a believer of affection.

Additionally, he can be seen clicking many pictures with different ladies, but none of them is his known girlfriend.

Jones previously dated a lingerie model, Katja Zwara. The two of them started dating in early 2017. Katja was described as "a hotter version of his ex Katherine Jenkins" by Jones friends.

However, the pair remained together for a year and parted their ways in 2018. Katja used to split her time between London and Miami for her career purposes which tangled their relation. As per Katja statement, the reason of their break up was their fizzled and busy work schedules. But, Gethin stated that Katja kissed another man in front of him which left him heartbroken.

Similarly, there was a rumor of him dating Amanda Byram. However, she stated in one of her interviews,

"It's scary and of course you see couples in love and think how nice it is," she said. "I am a romantic and love being in love more than anything but I am not in that place right now. I am not ready for a relationship again."

Therefore, the rumor turned out to be a hoax.

In the past, Gethin' was in a serious relationship with Katherine Jenkins. The pair first met when she appeared on Blue Peter in 2005. Again, they met while Jenkins sang "Time to Say Goodbye" along with Andrea Bocelli on an episode of Strictly Come Dancing on 21 October 2007.

After their second meeting in 2007, they started dating and engaged after four years of togetherness. To be exact, in February 2011. However, their engagement was called off by Gethin on 30 December 2011.

As for now, Katherine is happily married to Andrew Levitas, an American painter, sculptor, filmmaker, writer, producer, and actor. Moreover, she also shares two children with her husband.

Additionally, there was a bizarre rumor behind the lovey dovey's separation among peoples.

Mererid explained, If there's one tiny thing wrong like the middle toe's linger than their big toe he goes off on one"

The reason was the middle toes of Katherine, which is longer than her big toe.

How Much Is Gethin's Net Worth?

The Blue Peter's presenter, Gethin's net worth is estimated at around $1 Million, which is similar to Matt Bennett. He collected this hefty sum of money from his career as a successful presenter who has presented several programs such as Popty, Mas Draw, Uned 5, etc.

Not only a presenter, but he is also an actor. Similarly, he adds a decent sum of money to his net worth from his acting career.

Gethin's primary source of income is his presenting profession. Likewise, his secondary income source is acting. Currently, his salary as a presenter is around $111,000 and $60,000 as an actor.

So, his yearly income is estimated to be over $170,000 as of 2019. Surely, he is living a lavish lifestyle with his earnings and net worth.