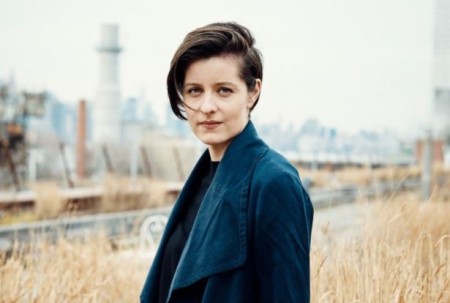 It only seldom happens when people want to watch more news leaving their personal work. But, Gianna Toboni is the name of an American TV Personality who has always stunned her viewers. She works for Vice as a correspondent and appears in HBO and Hulu.

Gianna is one of the fearless and compassionate journalists. She travels around the world to obtain information about stories and burning issues concerning humanity. Previously Gianna worked for  Al Jazeera and ABC network.

Gianna was born on July 14, 1987, in Los Angeles, California, the United States. She is 33 years old as of 2020. Toboni grew up un the Richmond district of San Francisco. Her mother's name is Mary Toboni, and she has two sisters and a brother.

Talking about her education, Gianna graduated with a degree in journalism from New York University. Her work in the media took off during her internship at college. Throughout her college and for the next few years, Gianna worked at ABC News as a booker, field producer, and digital correspondent.

Who is Gianna Toboni's Husband?

For a great amount of time, Toboni spends much of her personal life traveling and finding stories for her Emmy winning nightly newscast. She doesn't speak much about her love life, but Toboni has a joyful married life with her loving partner.

Gianna has been married to her longtime husband, Kyle Buckley. The couple secretly held their wedding ceremony on September 2, 2017. Their marriage took place at Sonoma, California. Despite being together for nearly a decade long relationship, Gianna and her spouse don't have children. They have been married for three years as of 2020.

From time to time, Toboni shares pictures of her husband, often praising him for his unconditional support. Further, Kyle accompanied his then-girlfriend at the Forbes' "30 Under 30" event on January 30, 2016.

Gianna openly supports the LGBTQ community, and she advocates for their rights. She has even reported stories on transgender issues. Toboni's work led to rumors about her being a lesbian. However, she is married to a man; hence her sexual orientation is full-on straight.

Gianna as a correspondent and producer of HBO's Vice News Tonight, earns an annual salary of over $112,432. She hasn't disclosed her exact earnings, but Toboni has an estimated net worth of $1 million as of 2020. Noreen Jameel, a former head of foreign news at Vice News Tonight, has a fortune of $2 million.

The average salary for correspondents at Vice ranges somewhere between $98,126-$127,213. Toboni has covered escalating cartel violence, and political corruption in Mexico tracked down Nigerian pirates on their illegal oil refineries, and landed an exclusive interview with death row inmate, Scott Dozier.

Toboni's career started during her college days. She worked for ABC as a digital correspondent, field producer, and booker. After a while, Gianna began raising funds for her ambitious long-form documentary set in Haiti that captured Vice's attention. In between, she worked at Al Jazeera as well. Cal Perry, a former photojournalist, worked for Al Jazeera too.

Watch Gianna and Isobel sharing some of their insane reports!

Gianna joined VICE in 2013, and the next year she won a Webby Award for Best Documentary Series for The Real. Additionally, in 2017, she received a GLAAD Media Award for Church and States. Toboni and her colleague, Isobel Yeung, travel in search of invigorating stories.

The Newswomen's Club of New York recognized Toboni at the Front Page Awards for her reports on transgender youth. Similarly, the correspondent made a speaking appearance at the TEDx event in 2014.