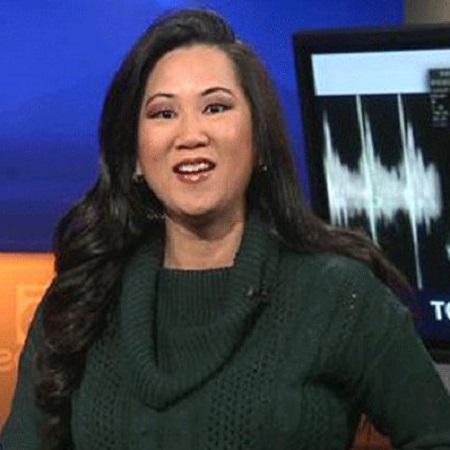 Ginger Chan is an American journalist, well known as news reporter and KTLA network's traffic reporter who assists commuters off collisions and helps create road safety. She also served as a reporter and television anchor in Orange County.

Ginger Chan was born on 21st August in Los Angeles, California. However, her exact birth year isn't known yet. However, she has a sibling sister Liberte Chan who is also a reporter.

Raised by her Asian parents, Chan is of mixed ethnicity and holds American nationality. Her mother teaches math in junior high school and father is an engineer.

Regarding her education, Chan joined the University of Southern California. Moreover, she also completed her graduation with a bachelor's degree in Political Science and Broadcast Journalism. During her days in high school, Ginger served at KIIS FM as an intern.

Chan kicked-off her career as a reporter and traffic at KIS-FM. She also did traffic shows for KLAC-AM.

In addition, Ginger also serves as a radio personality. She hosts news program every weekend for the popular talk radio station KFI-AM.

Is Ginger Chan married? Know about her husband

Ginger Chan is a married woman. She is currently living a happily married life with her husband Mark Kono. Kono is the pilot reporter for Sky5 and serves for KTLA Morning News.

On 26th July 2018, Chan and her husband celebrated their marriage anniversary. However, the couple hasn't talked much about their married life as there is no exact date of their marriage.

Since their marriage, Ginger, and Mark shares three children together, a twin daughters Alyssa Doris Kono and Devyn Rose Kono, and a son named Ryder Kono.

Ryder is their first child, whereas the twins were born on 9th May 2014, in the one-minute interval.

How much does Chan Ginger Earn? Know About Her Net Worth

According to some tabloids, a news anchor at KTLA earns more than $63,000 as salary on average. With 20 years of hard work, Chan must have summed up a staggering amount of wealth which is estimated to be in million dollars.