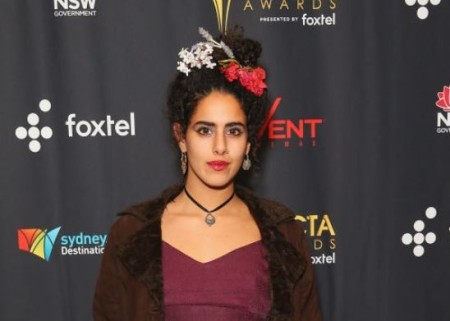 Helana Sawires is an Australian actress who portrayed the lead role of Dianne in the first Australian Muslim film, 'Ali's Wedding' in 2017. Also, she appeared as Rosna in the Australian television series, 'Stateless,' which premiered on ABC in March 2020. Netflix will globally premiere the series, and it features actors such as Cate Blanchett.

Helana might be in her late 20s as she hasn't shared much about her personal life. Although she lives in Australia, Helana belongs to Egyptian heritage. Further, she grew up in Marrickville with her five siblings. Apart from acting, Sawires loves to play instruments like drums and tabla. She attended Newtown High School of the Performing Arts located in Sydney.

Helana is a secretive woman, and she prefers to stay low-key. She is a gorgeous lady and is a talented actress. However, the Banana Boy actress hasn't revealed anything about her relationship status. Also, there is not enough evidence to claim whether she is dating or not.

Helana is also not active on social media, which makes it difficult to track down her personal life. Currently, she is probably focused on her acting career. In the future, Sawires might tie her wedding knot. As of now, she doesn't have a boyfriend nor husband.

Why is Helana Sawires famous?

Helana is not just a pretty face, but she is a rising star as well. Her first leading role as Dianne in Ali's Wedding earned her a nomination for Best Actress at the Australian Academy of Cinema and Television Arts (AACTA) Awards. Although she has yet to establish herself in the entertainment industry, Helana is a recognizable face in Australia.

In 2020, Helana appeared in the television series, Stateless, which is partly inspired by the real story of an Australian permanent resident. The show focus on current global refugee problems.

Watch the official trailer of Ali's Wedding, where Helana plays the leading role of Dianne!

After finishing her High School, Helana worked in the Marrickville Rd eatery. She still works in the cafe but as a part-time employee. When asked why she still works as a waitress, Sawires replied:

“I discovered a bit of myself and my nature here. It made me realize I’ve got something to give. People ask, ‘Why are you still working here?’ But it’s like a second home to me here. We’re a crew, a family We close at 3.30 pm but customers are still here at 4.

Therefore, Helana is not only focused on her career, but she also likes to work for her community. Well, she might bag a major role in the coming days.

The exact net worth of Ms. Helana Sawires in unavailable. However, she might have an estimated net worth of $50,000 as of 2020. She has just appeared in one major film and one television series. Sawires is represented by an Australian talent agency named, Smith & Jones Management.

The average salary for an actress ranges somewhere between $45,000-$200,000. Further, some television actresses such as Otmara Marrero and Jodi Balfour has a stunning net worth of over $1 million.

When Helana is not shooting, she works in a local cafe. Additionally, she has done a photoshoot for the Inner West Courier.