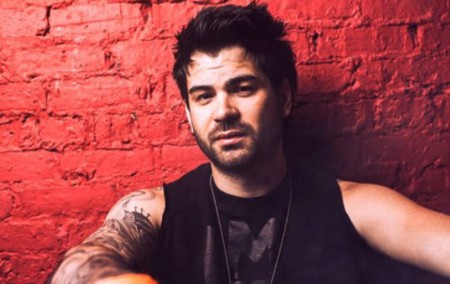 American businessman, Hunter Moore, came to limelight after he opened an online adult service website, Is Anyone Up? The site provides the customers on how to take revenge, exploiting, and posting sexual content images and videos. Moreover, The Rolling Stone magazine named him "The Most Hated Man On The Internet."

Moore was born on 9th March 1986, in Woodland, California. He, further, belongs to white ethnicity/race, and his nationality is American. But what about his married life, is he married or he is dating? Find out more about Moore's personal life in the following sections.

The Internet personality, Hunter Moore, is reportedly single as of now. He is quite confidential about his love life and prefers to keep his personal life far from the eyes of the media.

The Woodland High School student, Moore is currently focusing on his career. Also, he is on the way of achieving his life goals as an internet entrepreneur. So, this might be the reason for him being single.

Hunter's Illegal Site, ''Is Anyone Up?''

Hunter further reported that the website tempted over 30 million people with page views and earns around $8,000 to $13,000 every month from advertisements. Nevertheless, his activities could not last long after the FBI invested that Moore's website is illegally running.

The star, additionally, faced several lawsuits and was once stabbed with a pen in the right shoulder by a lady whose pictures were leaked on the site. After facing many problems, he sold his website to an anti-bullying group and posted an open letter expressing his views via Facebook on 19th April 2012.

The police arrested Hunter Moore and his friend, Charles Evens, aka Gary Jones, who's a hacker for hacking-related crimes. But, the main reason of their arrest was Charlotte Laws because she was one of the victims whose images were leaked on Moore's site.

Charlotte started tracking Hunter and his colleague, who destroyed her public image and further claimed evidence from more than 40 victims and started an investigation with the help of the FBI. Furthermore, Hunter and Charles were suspected in 2012 and led to the court. During the investigation process, Moore said;

"I will literally fucking buy a first-class fucking plane ticket right now, eat an amazing meal, buy a gun in New York, and fucking kill whoever (talked about my FBI investigation). I'm that pissed over it. I'm actually mad right now."

Hunter also menaced to burn the U.S. cultural newspaper, The Village Voice's headquarters, if they published his FBI investigation story. But, they further ran the story with the headlines, "Gary Jones Wants Your Nudes" in 2014.

Hunter and Gary were further indicted in a federal court in California on 23rd January 2014 after the FBI arrested them for the charge of conspiracy and illegal identity theft. Two days later, they were free on $100,000 bail from Sacramento County Jail, but they're found guilty in the Central District of California U.S. Attorney's Office on 18th February 2015.

After hearing several charges of Moore and Gary, the federal judge sentenced two years in prison minimally and seven years maximally, including a $500,000 charge. They also faced many convictions relating to thefts, computer hacking, and destroying millions' life in the year 2015. After serving two years in prison, Moore came out from jail, but Garry wasn't.

Take a look at Hunter Moore turned over his website

Previously, Hunter was also charged with misbehaving with the Bullyville founder, James McGibney for threatening to rape his wife and calling him "Pedophile" on 8th March 2013. Later, McGibney filed a case against him and won $250,000. Currently, he is a normal life.

The 33-year-old entrepreneur, Moore maintains a fruitful net value of $500 Thousand as of 2019. He earns a lucrative salary from his profession. According to CareerExplorer, an internet entrepreneur makes an average salary of around $43,240.

Check out the interview of Hunter Moore

The entrepreneur further starred in an episode of "Love on Screen" in the television comedy series, Talkin' Trash, in 2013. While there, he appeared with Joseph Aivazian, Maggie Mae Cleary, and Will De Los Santos, among others. Back in 2011, he also guests appeared in the news talk-show, Anderson Cooper 360°, which gathered 5.3 stars out of 10 by the viewers. On a similar way, Alexis Ohanian also stars on such talk shows.

A Book About Moore's Crimes & Indictment

If You're Fond of Reading, Then Visit Married Celeb!!! To Read More Biographies & Articles