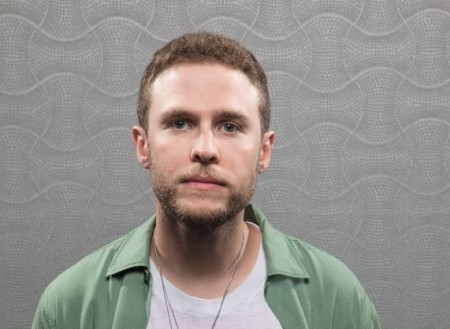 Iain De Caestecker is a Scottish actor best known for playing the role of Leo Fitz in the Marvel comics based tv series, Agents of S.H.I.E.L.D. Iain has been acting since the age of 9 and has appeared in Coronation Street, UK's longest-running and most-watched soap opera. The award-winning actor has also played the lead roles in the BBC series, The Fades, and Young James Herriot.

Caestecker was born on December 29, 1987, in Glasgow, Scotland. He is 32 years old as of 2020. Both of his parents are medical doctors. Similarly, Iain's mother, Dr. Linda De Caestecker, is the Director of Public Health (DPH) for Scotland's largest health board, NHS Greater Glasgow and Clyde. One of four children, Iain, has a twin sister. He studied acting and performance at Langside College.

Is Iain dating anyone?

The 5 feet 7-inch tall Scottish actor is possibly single at the moment. Iain is extremely secretive when it comes to his personal life. Further, he also hasn't revealed his relationship status. Therefore, it is hard to find whether Iain has a girlfriend or not. At present, he might be focused on building on his acting career.

On the other hand, there is not enough evidence about Iain's past affairs and dating history. Some of the local news sources spread rumors about him being a gay actor. However, Iain has denied all the false news. As of now, he is not living with a partner; neither is he searching for a girlfriend.

The Overlord actor, Mr. Iain De Caestecker, has a net worth of $2 million as of 2020. Being a television and film actor, Iain earns a desirable income. The average salary for actors depends upon their contract. For his role as Leo Fitz in Agents of S.H.I.E.L.D, Iain must have received around $35,000-$40,000 per episode. Another Scottish actor, Peter Mullan, also has a similar net worth.

Some of his movies in which he worked has collected decent earnings at the Box-Office. In 2013, Iain appeared in the black comedy film, Filth which earned $9.1 million. Likewise, in 2018, he worked in the war horror film, Overlord, which made $41.7 million.

Caestecker has been active in the entertainment industry since 1999. Hence, he must have amassed an impressive fortune. In the coming days, Iain's net worth might increase even more.

Iain amazed the viewers with his first lead role in the BBC series, The Fades. Likewise, he appeared in Young James Herriot, which earned him a BAFTA Scotland for Best Actor nomination.

Watch the official trailer of Marvel's Agents of S.H.I.E.L.D!

In 2013, Iain appeared in a romantic film, Not Another Happy Ending, which earned him a second BAFTA nomination. Additionally, Iain had a lead role in the mystery drama film, Lost River which is the directorial debut of actor Ryan Gosling. Apparently, Iain's fans loved him for his performance in the series, Agents of S.H.I.E.L.D. Actress, Ming-Na Wen also has a leading role in the same show.